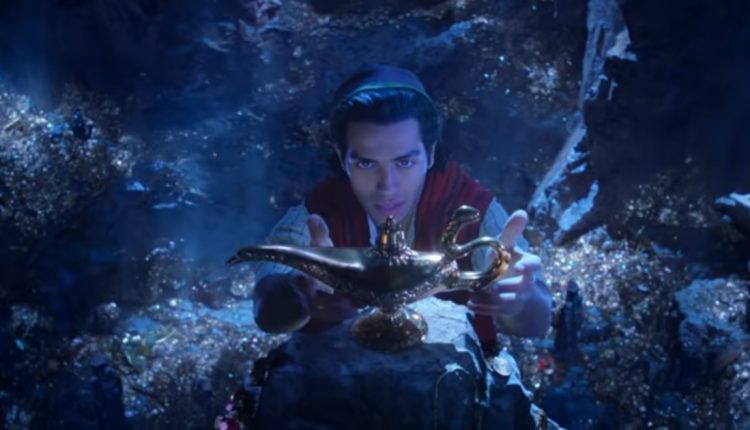 From Lock, Stock to Swept Away to King Arthur: it’s been a strange old career path for Guy Ritchie, the man who revitalised British crime cinema and Sherlock Holmes. Next up in a filmography that seems increasingly guided by the spinning of a wheel with random ideas pasted onto it is his live-action adaptation of Disney’s Aladdin, the first teaser for which dropped today.

Ritchie is only the latest in a line of big-name, prestige directors who have been recruited for Disney’s aggressive strategy of remaking all their classic animated films IRL (because once you’ve exploited the home video and rereleases market umpteen times, you need a new gimmick). Previously we’ve had Kenneth Branagh’s Cinderella, Tim Burton’s Alice in Wonderland, and Bill Condon’s Beauty and the Beast.

The best of this recent glut of remakes was Jon Faverau’s The Jungle Book, which played fast and loose with the vintage Disney classic and drew more from Rudyard Kipling’s source material. Guy Ritchie’s Aladdin does not appear to be going down this route; this initial teaser is chocka with images directly drawn from the cartoon, rendered in glorious CGI-o-vision.

In fact, it looks so faithful to the original film — we’re almost in Gus Van Sant Psycho territory here — that the rendition of “A Whole New World” will be tinged with more than a hint or irony. This is most certainly a world we’ve seen before, albeit with fun drawings instead of boring real people.

In actuality, the film will diverge somewhat from the old Aladdin, with La La Land songwriters Benj Pasek and Justin Paul providing some new tunes, reduced roles for the animal characters (Iago won’t even have a voice, from the sounds of it!) and added dimensions to Princess Jasmine (here played by Naomi Scott) that hopefully will be a little better realised than Emma Watson’s basic #HeForShe take on Belle in Beauty and the Beast.

The cast of Aladdin also includes newcomer Mena Massoud in the title role, Will Smith as Genie, The Angel‘s Marwan Kenzari as Jafar, and Legion villain Navid Negahban as The Sultan. Hopefully Ritchie will find room for a David Beckham cameo in there somewhere, too.

Aladdin is scheduled for release May 24 2019, thus upstaging my birthday the next day.