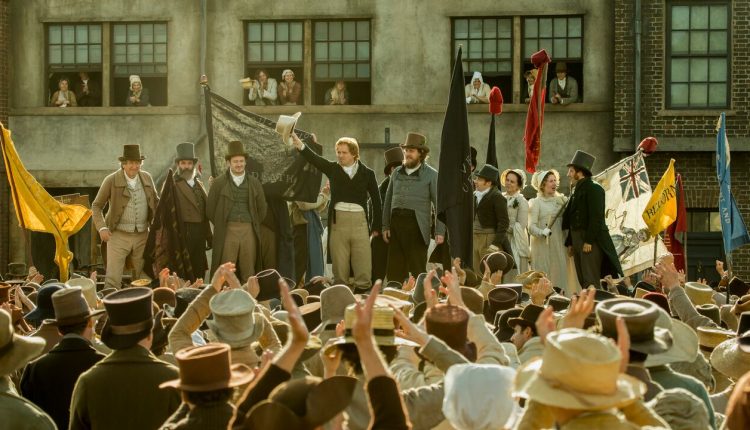 Mike Leigh’s films can be broadly split into two camps. First are those which made his name, on television and on the big screen, his social-realist dramas of cultural differences and human conflict which usually arise from extended periods of rehearsal and improvisation from his stars. Then there are his more traditional, based-on-fact historical dramas, of which Peterloo is the latest.

What unites these two strands in Leigh’s filmography is a similar sensibility — one broadly socialist, cynical-yet-humanistic — and familiar names in front of and behind the camera each time. Peterloo is no different. As shown in the film’s first trailer below, the film restages the infamous 1819 Peterloo Massacre, where a peaceful pro-democracy rally demanding voter reform escalated in into one of the bloodiest massacres in British history.

The film stars regular Leigh collaborator David Bamber (High Hopes), along with Maxine Peake, Rory Kinnear and TV regular Alastair Mackenzie. It is once again shot by Dick Pope, who lensed cinematic artistry with Mr Turner and naturalistic suburban light in Another Year, and is written and directed by Mike Leigh.

Peterloo will be released in cinemas on November 2 2018.

Her – Flickfeast And Chill Film Review