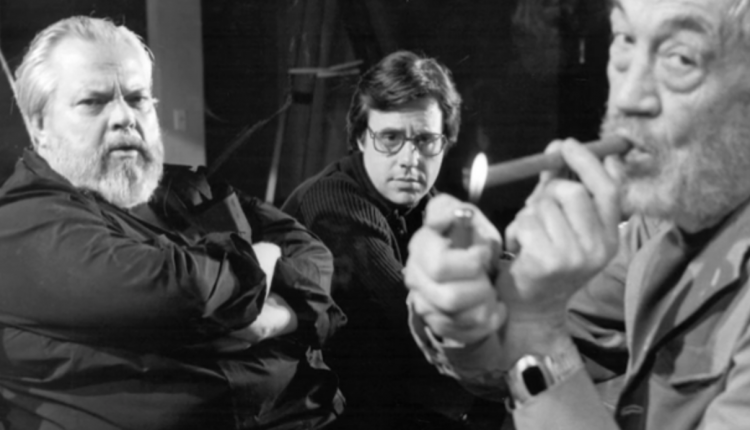 Trailer Park: Orson Welles’s Final Film, The Other Side Of The Wind

Between being almost single-handedly responsible for Citizen Kane, widely regarded as one of the greatest films ever made, his panic-inducing War of the Worlds broadcast and his sozzled wine ads, Orson Welles’s legacy is bulletproof. Yet during his lifetime, post-Kane, he often found himself struggling to get films financed, with many incomplete upon his death in 1985. The Other Side of the Wind, one such project, has now been rescued from that fate.

Attempts to complete The Other Side of the Wind began in 2004 when director Peter Bogdanovich, who acted in the feature, announced his intentions to dig the existing footage out and edit it into something watchable. In the decade since then, Netflix stepped in to grease the wheels of a disagreement between members of Welles’s estate, and will be releasing the film this November, with the first trailer released this week.

Starring director John Huston, the man behind everything from noir classic The Maltese Falcon to historical epic The Man Who Would Be King, The Other Side of the Wind was a surely semi-autobiographical piece about an ageing filmmaker struggling to complete production on his experimental final feature. A bit close to the bone, there, Orson.

A thoroughly postmodern piece that blended mockumentary footage of the behind-the-scenes drama with scenes from the film-within-a-film, it sounds like a narrative take on the reality-bending tricks Welles deployed on the final feature completed in his lifetime, the ingenious and mind-bending F For Fake.

The cast also includes Dennis Hopper as himself, Welles’s then-partner Oja Kodar, a succession of Western stars including Edmond O’Brien and Cameron Mitchell, and several actors playing thinly-veiled players from Welles’s life, including Susan Strasberg as a Pauline Kael-esque film critic (Kael famously attacked the idea of Welles as the sole “author” of Citizen Kane in print), and Lilli Palmer as a Marlene Dietrich-type.

Despite how difficult it was to get them made, many of Orson Welles’s features after Citizen Kane are equally beguiling and breathtaking in their filmmaking ingenuity, from visually arresting noir The Lady from Shanghai
to his expressionistic adaptation of Kafka’s The Trial.

The best we can hope for is a lost Welles classic like that, brought to the surface; at the worst, The Other Side of the Wind is a genuine curio from film history we’re lucky to get a peek at. The film will be released alongside a new documentary about Welles, They’ll Love Me When I’m Dead.

The Other Side of the Wind will be available to stream on Netflix, following its premiere at the Venice Film Festival, on November 2 2018.