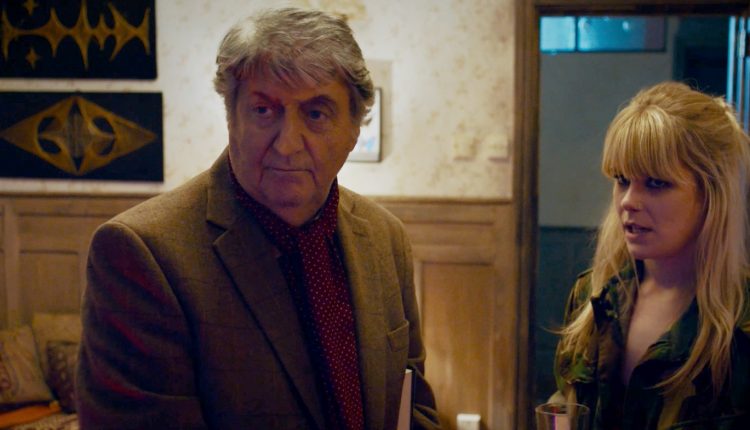 As anyone who has ever tried writing will tell you, there is only one thing harder than penning your first book …… and that’s penning your second! So discovers Hannah Arterton in the new sci-fi chiller Peripheral, in which she stars as Bobbi, a whizkid young author who’s got a severe case of writer’s block with the follow-up to her smash-hit debut novel. In an effort to help her get something on paper Bobbi’s publisher provides her with some new hi-tech editing software, which they hope will get their protege’s creative juices flowing once more. It’s only then however, that Bobbi’s problems really start.

Praised for its edgy, Cronenberg horror, Peripheral – directed by Paul Hyett and written by Dan Schaffer, and which features amongst others British screen legends Tom Conti and Jenny Seagrove – screened to high acclaim at the London FrightFest film festival in November 2018. From the advance trailer and stills which have been released, it looks set to repeat this success when it hits the airwaves next month.

Peripheral will be available to view on iTunes, Amazon, Google, Sky and Virgin, from August 3rd, 2020.