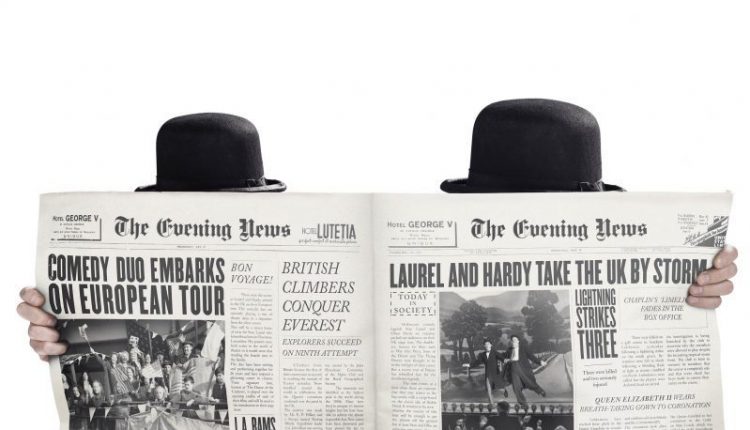 They’re fully canonised members of movie history these days, and until recently were mainstays of the afternoon television schedules, but believe it or not there was a time when Laurel and Hardy were struggling against encroaching obscurity. That’s the unlikely scenario the first trailer for forthcoming biopic Stan & Ollie wants you to swallow.

And it’s all true! Foregoing the standard cradle-to-the-grave biopic structure, Stan & Ollie skips right past Laurel and Hardy’s heyday to a more bittersweet period towards the end of their collaborative film career. Steve Coogan and John C Reilly star as the embattled pair struggling to raise money for a new feature, embarking on a tour of Britain’s crumbling seaside vaudeville theatres to drum up interest and funds.

The tour is volatile from the off, as the half-empty theatres betray the pair’s fading popularity as cinema leaves behind the end-of-the-pier silent comedy they helped to pioneer in the age of sound. The stresses of being on the road open up old wounds between the pair, and test the physical limits of Hardy’s robust physique.

Coogan doesn’t quite disappear in the role of Stan Laurel, with his distractingly artificial blue contact lenses and affected accent, but Reilly manages to subsume his equally distinctive voice into a fine impression of the real Oliver Hardy, and he’s the spitting image once you stick the bowler hat and facial hair on.

Directed by Filth‘s Jon S Baird from a script by Jeff Pope, who shared the Best Adapted Screenplay Oscar with Coogan for their work on Philomena, I’m still slightly sceptical about Stan & Ollie. Despite the creditable time jump to a later period in the pair’s career, the vibe still suggests a TV drama with pretensions. Then again, everyone involved has turned in consistently good work, so…

Stan & Ollie will have its premiere at this year’s London Film Festival, before receiving a wide release on 11 January 2019.