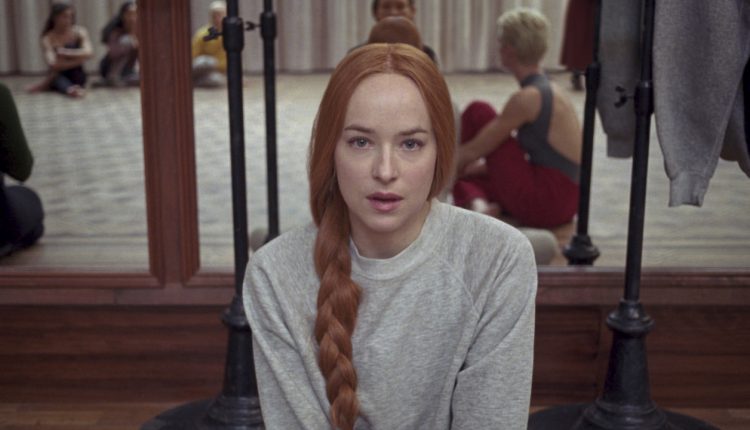 Most horror remakes are invariably naff, but most horror remakes are invariably not directed by Call Me By Your Name and A Bigger Splash‘s Luca Guadagnino. Therefore I’m willing to give the forthcoming Suspiria remake more credit than your average, bloodless Platinum Dunes resurrection of an eighties slasher icon. It helps that everything we’ve seen of the film so far has looked bonkers-amazing, and this latest trailer is no exception.

Said to be “inspired” by the sort of indelible impression Dario Argento’s 1977 original left on Guadagnino, the new Suspiria doesn’t appear to be trying to ape the technicolour giallo spectacle of its predecessor — quite rightly — but instead rearrange its themes of madness, witchcraft and exploitation of young women, using the same basic set-up of Argento’s film.

Here, it’s A Bigger Splash and Fifty Shades of Grey star Dakota Johnson playing the role of the young innocent who discovers some occult goings-on behind the scenes at her Berlin dance school. Tilda Swinton appears in dual roles as a teacher at the school, and an old man who lives nearby who appears to be looking into…something odd going on at said school. The cast also includes Chloë Grace Moretz, Mia Goth, and original Suspiria star Jessica Harper, with Radiohead’s Thom Yorke providing an original score.

After an evocative, wordless first teaser, this is our first proper look at that cast in action. Here’s the official synopsis: “As a darkness builds at the centre of a world-renowned dance company, its artistic director (Tilda Swinton), a young American new to the troupe (Dakota Johnson), and a grieving psychotherapist (Lutz Ebersdorf) become entangled in a bloody, sighing nightmare.”

Suspiria debuts at this year’s Venice Film Festival before getting a worldwide release on November 2 2018.