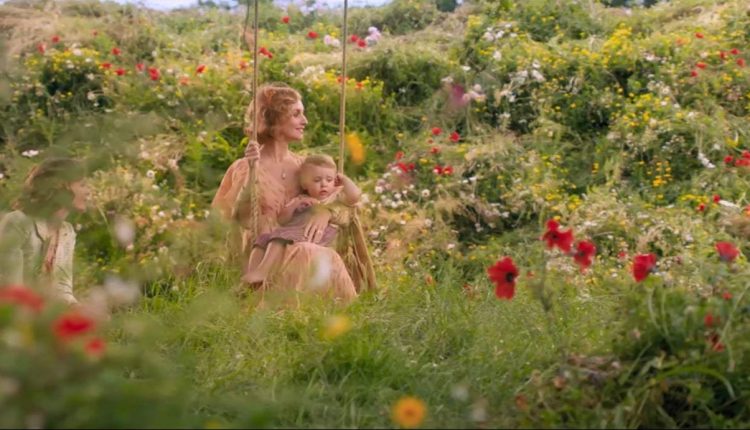 With the film world, like most of us at the moment, in a general hiatus, you could be forgiven for questioning whether we will ever be able to view films in the same way again? Seeing the latest releases in the cinema, at least for the time being, seems to have been relegated to the world of fantasy, with many new titles either being released via on-line streaming platforms as with the recent Trolls World Tour (2020) or, like the new Bond film No Time to Die (2020), being postponed until later in the year.

This doesn’t have to stop us planning ahead however, and thinking of what we’ll be seeing this summer – whether on the big or small screen. With this in mind a new film of the classic family story The Secret Garden by author Frances Hodgson Burnett, is set for release on the 14th August. The story concerns orphan Mary Lennox (Dixie Egerickx) who is sent to live with her reclusive uncle Lord Archibald Craven (Colin Firth) and his disabled son Colin (Edan Hayhurst) at a mansion deep in the English countryside. Feeling lonely and abandoned Mary by chance discovers a magical garden in her uncle’s estate with the power to transform the future for all who enter it.

Going by the trailer the film – which also stars Julie Walters and Amir Wilson, and is directed BAFTA nominated director Marc Munden, – looks to have just the right magic to lift all our spirits during these turbulent times, no matter how, or when, we eventually see it.