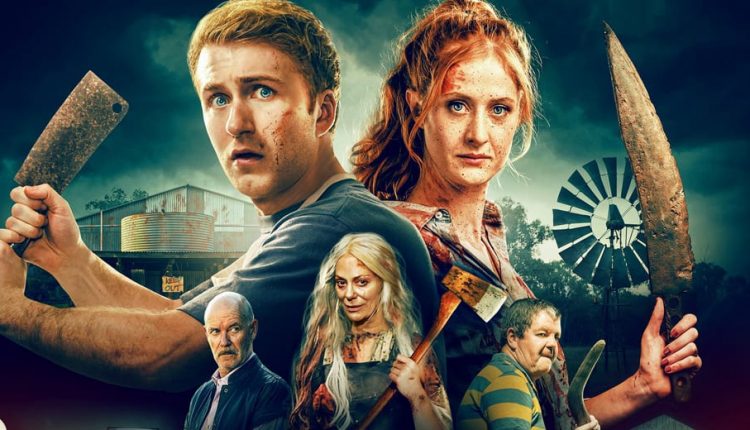 Australia has built quite a name for itself in the field of humorous, gross out horror. Since maverick director Peter Jackson hit the public consciousness with notorious schlockers Bad Taste (1987) and Braindead (1992), modern splatter cinema has never been the same. In recent years such films as 100 Bloody Acres (2012) and Little Monsters (2019) have continued the tradition.

Now a new genre entry is set to be unleashed in the form of Two Heads Creek, a dark and grisly comedy from writer / star Jordan Waller and director Jesse O’Brien. The film follows Norman (Waller) and his twin sister Annabelle (Kathryn Wilder) as they travel to the other side of the world to find their natural mother, and in the process uncover more than they bargained for in the Australian outback.

From the trailer the film looks like it leaves little to the imagination where body horror and gore is concerned, and will be worth checking out if you like your laughs unsubtle and blood soaked.

Two Heads Creek will be released by The Horror Collective on June 23rd, 2020. Further details can be found here: www.thehorrorcollective.com