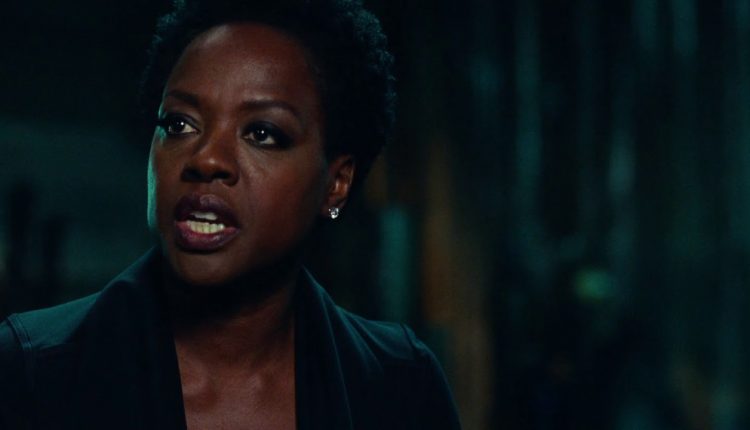 Just off the top of my head, the last big screen outing I can remember which was based on an ITV show was 1973’s Holiday on the Buses. With a cast including Viola Davis, Colin Farrell and Michelle Rodriguez, Gone Girl‘s Gillian Flynn on scripting duties and 12 Years A Slave‘s Steve McQueen behind the camera, Widows is shaping up to be a somewhat more memorable small-to-big-screen transition.

Loosely adapted from the 1983 ITV series of the same name, the first trailer for Widows hits all the key plot points of the original show: following the deaths of their criminal husbands following a botched heist, the group’s widowed wives are forced to finish the job.

Joining Davis and Rodriguez as the titular widows are The Great Gatsby‘s Elizabeth Debicki and British stage actor Cynthia Erivo. Their husbands are played by Liam Neeson, Jon Bernthal, and TV stars Manuel Garcia-Rulfo and Garret Dillahunt, with Farrell as a crooked politician, Brian Tyree Henry (Atlanta) and Daniel Kaluuya (Get Out) as the debt collectors that force the women into completing the heist, and Robert Duvall as Farrell’s father.

Widows will mark McQueen’s return to the big-screen, after the multi-award-winning success of 12 Years a Slave. It will also be his first foray into genre territory, after beginning his career as a video artist before moving into feature films with Bobby Sands biopic Hunger and the Michael Fassbender sex addict drama Shame.

The film will be Flynn’s third scriptwriting job, following her adaptations of her own novels Gone Girl (made into a film with David Fincher) and Sharp Objects (a TV adaptation of which is currently airing on HBO). She is also prepping a US adaptation of the Channel 4 drama Utopia with Fincher, because I guess she’s a real anglophone-TV-nut?

I’m getting Triple Nine vibes from the trailer — which was another contemporary crime film by a respected director with a stacked cast — which is not altogether a great thing. However, with Flynn and McQueen plotting the thing and with an able team assembled to pull it off, maybe I’m wrong to be sceptical. At the very least, it’ll be better than Mutiny on the Buses.

Widows will be the opening night film of this year’s London Film Festival, before receiving a wide release on November 16 2018.