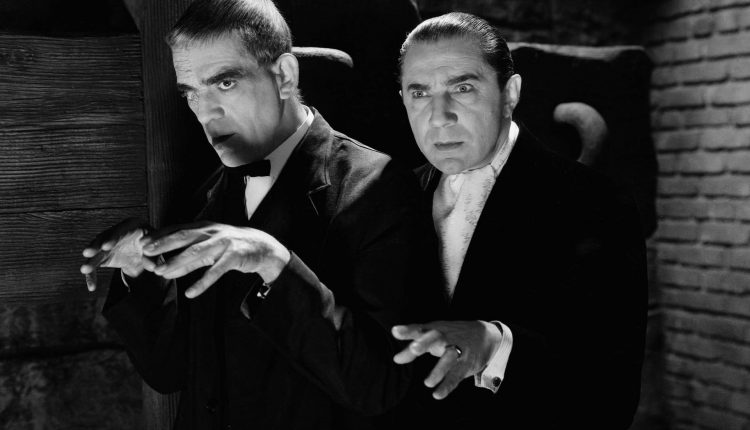 EUREKA! are set to release three classics of 1930’s Hollywood terror as part of their Masters of Cinema series, on Blu-ray this July. Combining mad scientists and satanic cults with human experiments and torture, Universal Studios brought three films to the screen – based on stories by the wizard of weird fiction Edgar Allan Poe – and changed the face of horror cinema forever.

Following their success with Bela Lugosi in Dracula (1931), Universal were keen to capitalise on the popularity of their new star, featuring him in several more chillers during the 1930s. Starting with Murders in the Rue Morgue (1932), followed by The Black Cat (1934) and The Raven (1935), both of which also starred the studio’s other big horror find Boris Karloff, the films were directed by Robert Florey, Edgar G. Ulmer and Lew Anders respectively, and proved smash hits with Pre-Code audiences.

Complete with distressed maidens and torture (Murders in the Rue Morgue), devilry with shades of necrophilia (The Black Cat) and mad doctors and disfigured killers (The Raven), the studio shocked audiences by pushing the boundaries of on-screen acceptability – The Raven was so notorious it resulted in American horror films being banned for two years in the U.K.

Released on a two disc, High Definition Blu-ray special edition (limited to 3000 copies), with a host of extras – including commentaries, video essays and a 48 page collector’s booklet – these films are as disturbing today as when they were first seen over eighty years ago, and remain archetypal examples of the Golden Age of Hollywood Horror.