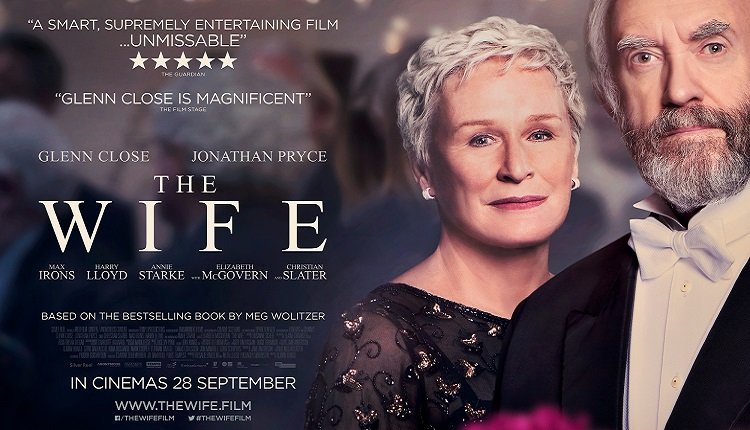 Picturehouse Entertainment are delighted to release the new trailer and poster artwork for The Wife starring Glenn Close and Jonathan Pryce, coming to UK and Irish cinemas on 28 September 2018.

Set to become one of the most discussed films of 2018, The Wife will open this year’s Film4 Summer Screen at Somerset House for its UK Premiere on 9 August, with Glenn Close and director Björn Runge in attendance.

Joan Castleman (Glenn Close) has spent 40 years sacrificing her talent, dreams and ambitions to support her charismatic husband Joe (Jonathan Pryce) and his lauded literary career. Ignoring his infidelities and excuses for the sake of his art, she has tolerated his behaviour with acceptance and humour. After a lifetime of uneven compromises, Joan and Joe’s marriage has reached the moment of truth. On the eve of Joe’s Nobel Prize for Literature, Joan confronts the biggest sacrifice of her life and some long-buried secrets.

Directed by Björn Runge (Happy End, Sweden, 1961) and based on the best-selling book by Meg Wolitzer, The Wife is a poignant, funny and emotional journey; a celebration of womanhood, and self-discovery in later life.

With a stunning cast, including Max Irons (The Riot Club, Woman In Gold, Condor), Annie Starke (We Don’t Belong Here), Harry Lloyd (The Theory Of Everything, The Riot Club), Elizabeth McGovern (The Commuter, Downton Abbey) and Golden Globe winner Christian Slater (Mr Robot, True Romance and Heathers, which is about to celebrate its 30th anniversary revival).

The Wife is out in UK cinemas on 28 September.