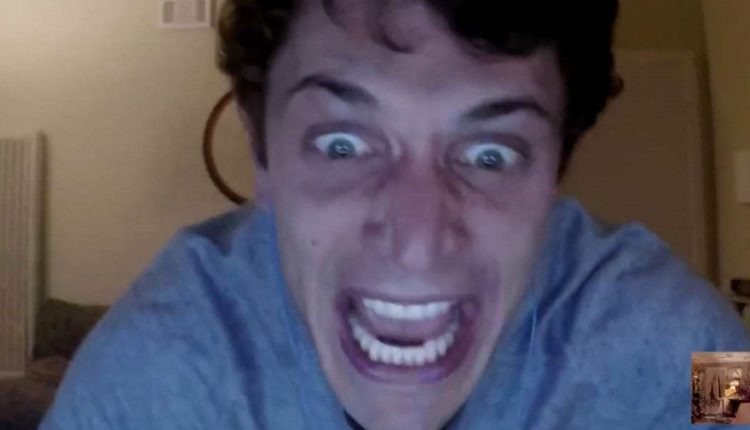 Horror sequel Unfriended: Dark Web already has a pretty neat gimmick, which it shares with its predecessor: it’s a found footage thriller shot entirely through laptop webcams and smartphone lenses. The follow-up provides an added kicker for audiences, with a list of instructions for projectionists including the warning “PLEASE NOTE THIS FEATURE HAS TWO DIFFERENT ENDINGS.”

Yep, depending on which showing of Unfriended: Dark Web you go and see, you could be party to one of two alternate endings. Neither of which, I imagine, are likely to be very happy. Spoilers for people who have never seen a horror movie before, but the genre doesn’t tend to deal in “happily ever afters.”

Social media coordinator Rob Trench shared the note on Twitter. Projectionist instructions usually take the form of notes on aspect ratios, sound levels and the like, but Trench noted the unusual warning that the film would feature alternate endings.

It’s unclear whether a new ending was shot following the film’s premiere at South by Southwest this March, or if that showing was an entirely different third conclusion to the film. It’s like a choose your own adventure! Except you don’t actually get to choose, and whatever ending you get, someone’s probably going to die horribly.

The premise for the sequel reads, “Twenty-something Matias (Colin Woodell) opens up a new laptop he found in a lost-and-found bin and finds a cache of secret files on it. While on a video call with his friends, he discovers the disturbing nature of the files. They soon discover that the previous owner is aware of this and has been watching them, and they will do anything to get the laptop back.”

Produced by current horror darlings Blumhouse (Get Out, The Purge), Unfriended: Dark Web is helmed by The Grudge and Texas Chainsaw 3D screenwriter Stephen Susco in his directorial debut. Again, no spoilers, but nobody from the original Unfriended’s cast reprise their roles here.