An industry first for Paramount with their sci-fi spectacular STAR TREK INTO DARKNESS, as they release a one-of-a-kind Blu-ray with special meteorite packaging straight from space. 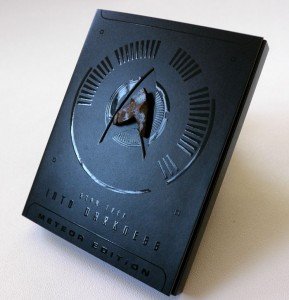 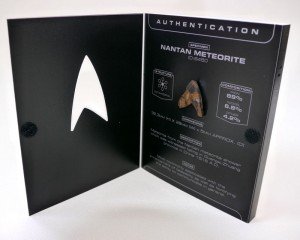 Paramount are creating the ultimate opportunity for one very lucky Star Trek fan and space enthusiast; a one-off Blu-ray off STAR TREK INTO DARKNESS with Special Edition Packaging featuring an authentic 497-year-old meteorite. The space rock from the Nantan meteorite shower, which was witnessed falling in Guangxi-Zhuang province in China 1516 A.D., has been hand carved into the shape of the internationally recognisable Star Fleet symbol and will feature prominently on the exceptionally exclusive Blu-ray Special Packaging which includes the meteorite?s certificate of authenticity.