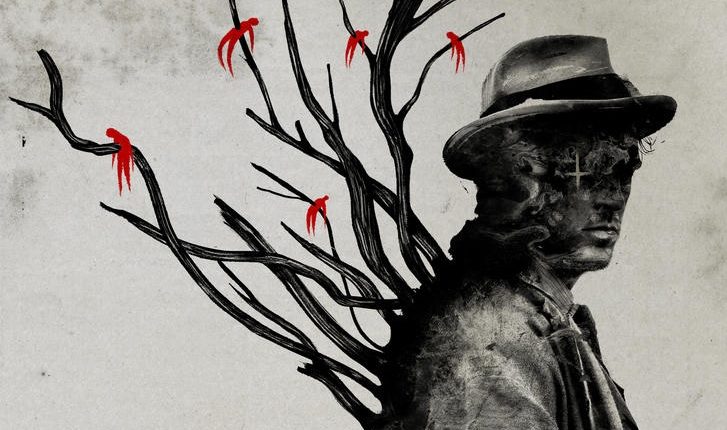 Early on in Apostle, one character is struck by the other’s eyes. She examines them, suggesting that he’s “seen things.” It’s a troublingly unironic use of a trite bit of dialogue which, funnily enough, audiences themselves have seen countless time before. The line is a bellwether for the dismaying cavalcade of boilerplate characterisation and scriptwriting that follows in its wake.

Pitched somewhere between The Wicker Man and the bad remake of The Wicker Man where Nicolas Cage karate kicks homely women into walls, Apostle is a bit of a change of pace for Welsh director Gareth Evans. After settling in Indonesia for Merantau and the two Raid films, this is his first feature made in his native tongue, and the first without a martial arts focus. Instead, Apostle can broadly be categorised in the “folk horror” genre that encompasses everything from Witchfinder General to the aforementioned Edward Woodward classic.

The latter is an apt comparison, as Apostle too centres on a good god-fearing man infiltrating a pagan cult on a remote island, far from help and far from the Lord. Here it’s Thomas Richardson (Dan Stevens, channelling the steely glare and gruff politesse of Daniel Craig) making his way to the off-shore retreat of Malcolm Howe (Michael Sheen), in search of a sister (Elen Rhys) who was kidnapped by the latter’s cult in hope of extracting ransom money from their well-off, dementia-ridden father.

Instead, Thomas aims to bring her back himself, whether through deception or force. His plans are complicated significantly when, variously, he comes a cropper of a power struggle between Malcolm and underling Quinn (Mark Lewis Jones), a secret romance between young cult members Jeremy (Bill Milner) and Ffion (Kristine Froseth), and a chintzy MacGuffin in the form of a glowing green vial of liquid he’s dependent on following an initially-unexplained past trauma.

While Evans attacks his material with gusto — there’s a couple of choreographed fight scenes, but the most significant holdover from The Raid films is his love of grotesque gore in multiple, graphic torture scenes — Apostle never really feels like it gets properly going. There’s little slow-burn tension to a film which introduces blood-letting rituals and cult murders in the first twenty minutes, its characters are too shallow to fully invest your emotions in. There are particular images that look to be ripped straight from Silent Hill, and in fact a lot of the production design looks to be drawn not from the turn-of-the-century setting but video games in a similar milieu; the way the story unfolds also owes something to the happenstance of side-stories and fetch quests.

While the actors give strong performances and composers Fajar Yusekemal and Aria Prayogi try to imbue some real tension and stakes in the proceedings, Apostle never reaches the highs of classics of the genre, nor more recent examples like Ti West’s The Sacrament or even Evans’s own contribution to horror anthology V/H/S 2, which perhaps benefited from the work of co-director Timo Tjahjanto — or perhaps from the fact that it was twenty minutes long, not two hours.