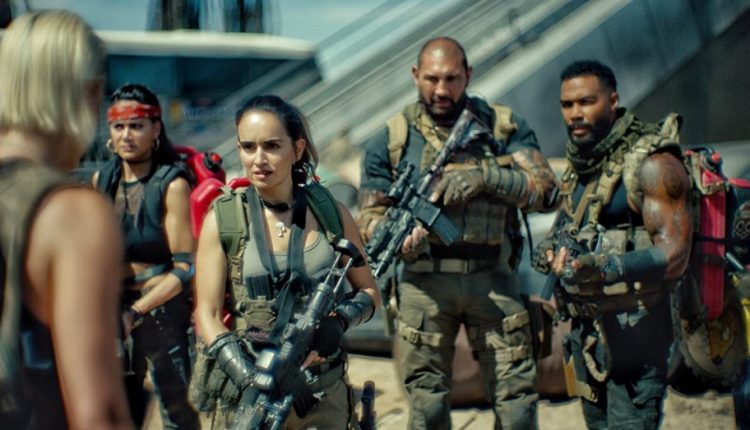 Take a minute to think about all the time you spend trying to choose something to watch. It’s not only streaming services. Even movie theaters have lots to offer. We can guide you in choosing, but it’s ultimately your choice. The beauty of living in this era of civilization is proven by the multiple options of content you can pick today. And if this is so, then why would you watch a film with prejudice? Why go through a contractual clause to evaluate a film if you know you won’t enjoy it? Being open-minded about a film is not the same as being welcoming of any possibility. Now, watching a film thinking of “not liking it” is just another part of the game too ugly to consider. Zack Snyder’s latest film Army of the Dead and it’s a subject of scrutiny by everyone. Even if you watch the film holding the benefit of the doubt, what can you expect from a zombie film directed by Snyder? Seriously, did you think he would make something other than this?

Army of the Dead is a fun rendition of the horror subgenre that’s lost popularity throughout the years. If you mention “zombie”, half of the room will frown and possibly leave. Those that stay are there for a reason, and it doesn’t have anything to do with hate. It has to do with the possibility of being entertained. We can ascertain it was the point of this imperfect popcorn flick.

Las Vegas has been quarantined completely. It has been separated from the rest of the United States completely. Long towers of containers are the walls of Sin City, now populated by zombies. Army of the Dead tells the story of a group of people who endeavor on a very hard mission in what was once called Las Vegas. A large sum of money is in a safe in a building, and if they can get the money out, they can keep some of it.

And that’s it. It’s a heist film within the zombie subgenre. Snyder’s zombies in the 2004 Dawn of the Dead were fast and aggressive. Only this time, there’s a little bit more to explore.

As these films go, the group gets butchered by the unexpected and the flesh eating. There’s no secret in that. However, what makes Army of the Dead a shift of gear in the industry, is what it does with the zombies themselves. Romero attempted this once and it backfired. This time, it works and it paves the way for a whole new subtext in the genre.

The film is an action flick with the same old characters running around. There’s no suspense as to who will get killed and who won’t. It’s understandable if people expected more from the script. However, the twist on the zombie’s “guidelines” makes for a wheel turn that feels relevant and necessary. This is the only way for the film to survive its repetitive tone.

Entering Snyder’s territory of horror, you know you’re getting something different. This time, he plays with the possibility of exploring a whole new side of the genre, but doesn’t confirm it.

Have you thought of the origins of such “disasters”? And if you saw Army of the Dead, did you notice some key elements that are directed towards that possibility? The Snyder touch for the zombie genre is present at all times; the film feels like it was made by the same guy who remade the acclaimed Dawn of the Dead. It could be a direct sequel, if it weren’t for the exaggerated action content.