by Cleaver Patterson
in Book Review

It’s that time of year again, and with the long winter nights and Christmas Day only a weekend away, how better to spend the holidays than curled up by the fire with a good book. We’ve picked four of our favourite recent film related tomes (each with a chilling touch), which we think any movie buff would be more than pleased to find in their stocking on Christmas morning. So with a couple of days to go there’s still time to get down to your local bookshop or go on-line, and treat a loved one – or yourself – to some suitably frightful reading this festive season. 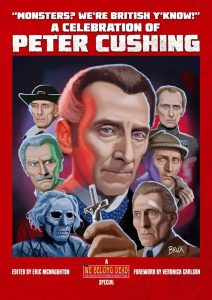 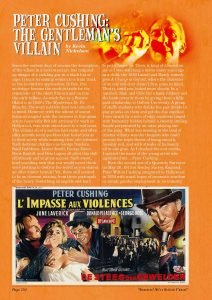 Though that most English of gentlemen Peter Cushing was probably the last person to want to cause anyone any lasting distress, many of the films with which he is most associated did just that. However as “Monsters? We’re British You Know!” – A Celebration of Peter Cushing’ – the latest book from the cult genre publisher We Belong Dead – reveals, his work on the screen (both big and small) included everything from Star Wars to an early appearance with Laurel & Hardy, as well as TV’s Dr Who and The Avengers. Beautifully produced in full colour, with features and interviews with people who knew and worked with the man himself, this book is a must for any fan (of which there are many) of one of Britain’s prime practitioners of fantasy film.

“Monsters? We’re British You Know – A Celebration of Peter Cushing’, is available from leading bookshops such as Foyles on London’s Charing Cross Road, or direct from the publisher at: http://unsunghorrors.co.uk. 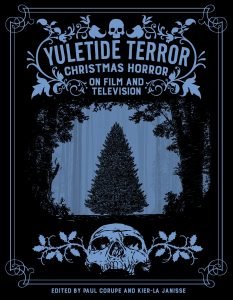 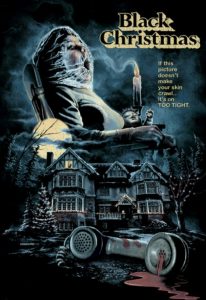 What is it about Christmas that brings out the worst in people, at least in the world of screen terror entertainment. As ‘Yuletide Terror – Christmas Horror on Film and Television’ shows, simply because it’s the season to be jolly doesn’t mean you can’t scream when you want to as well. This cornucopia of festive frights has such well known genre commentators as Derek Johnston, Kim Newman and Neil Mitchell, write on a sack full of film and TV goodies in chapters like ‘Ringing The Changes: Bob Clark’s Black Christmas’, ‘Santa Vs Satan: How Santa Conquered Hell and Mars to Create Holiday Horror’ and ‘A Hammer Film for Christmas: Cash On Demand’.  Illustrated with a wonderful collection of stills, photos and posters which are probably not for family viewing, this book will put a smile back on your face if you tire of watching yet another rerun of The Two Ronnies over the holiday period.

‘Yuletide Terror – Christmas Horror on Film and Television’ can be bought on-line and from all good book retailers. 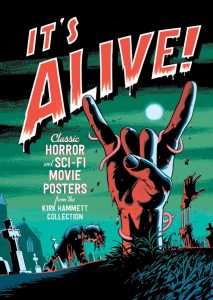 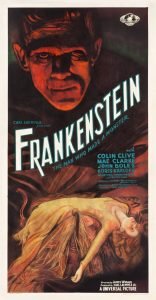 The phrase ‘it’s alive’ may have been coined by Colin Clive in Frankenstein (1931), but it also makes the perfect title for a book of film posters which capture perfectly the essence of such well known horror and sci-fi classics as The Raven (1935) and The Beast with 1,000,000 Eyes (1955) as well as lesser known gems like Mothra (1962). Gathered from the collection of Metallica guitarist Kirk Hammett, these images make the films which they depict come ‘alive’ on the page, and are a wonderful reminder of a time when the posters were frequently as good, if not better, than the films they promoted.

‘It’s Alive’ can be bought on-line and from all good book retailers. 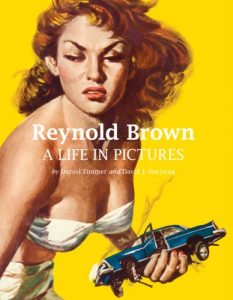 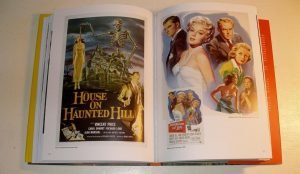 Slightly less gruesome, though no less sensational, than the pictures in the other books mentioned here, the work of artist Reynold Brown, as seen in ‘Reynold Brown – A life In Pictures’, will back many happy memories for film fans of such ‘B’ Movie classics as The Deadly Mantis (1957) and Goliath and the Vampires (1964). Though his name may not be so well known, Brown’s posters for not only horror and sci-fi classics, but also mainstream epics like Spartacus (1960) will be instantly recognisable to those who know their movie history. This beautifully produced, glossy coffee table book – which includes images of Brown’s original paintings, alongside the finished posters – will make the perfect gift for the film and art lover alike.

‘Reynold Brown – A life In Pictures’ can be bought on-line and from all good book retailers.