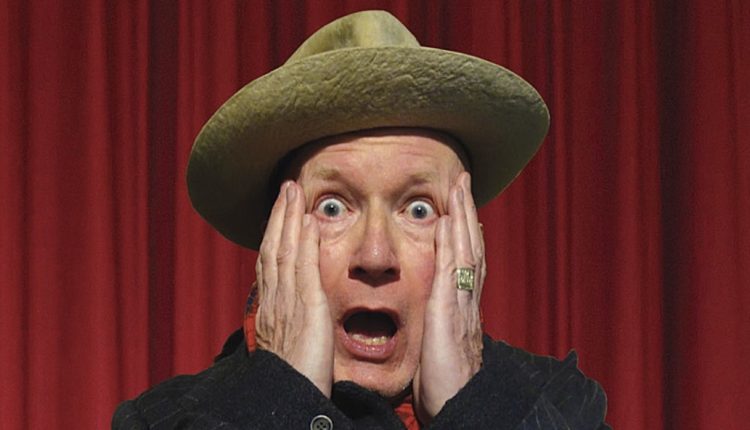 LITTLE DID YOU KNOW by David McGillivray

Until recently I knew little about David McGillivray – critic, screenwriter and all round expert on the darker side of the King’s Cross area of London – save that he had penned a number of relatively successful cult British horror films during the 1970s. Surely, despite rumours to the contrary, the mind that came up with such diabolical pleasures as Frightmare (1974) and Satan’s Slave (1976), couldn’t be all bad. Indeed, having approached him last year to write the foreword for my own upcoming book on horror films, he very kindly did just that with some wonderfully pithy thoughts on my efforts.

So when I heard he had written his own, no holds barred, autobiography – Little Did You Know, The Confessions of David McGillivray – and invited me via Facebook to attend its launch at the end of last month, it felt only right to go along. The resultant evening, in the somewhat suspicious sounding venue of the Islington Metal Works, was like McGillivray’s book, eyeopening and anything but dull.

The Metal Works – shady, busy and with a constant supply of alcohol on tap – was, if you read the book, much like one imagines McGillivray’s life has been. From growing up in South West, then North London, via expulsion from school and early days treading the theatrical boards, McGillivray’s tell-all exposé takes the reader on a whirlwind tour of his exceedingly colourful life as a short-lived assistant editor of the BFI’s Monthly Film Bulletin, to scripting a variety of British sex and horror films and in later years coming up with a seemingly endless line in humorous material (both PG and X rated) for the English comedian and camp institution Julian Clary.

Clary was in attendance on the evening, to introduce the man who has likely given him some of the best lines of his enduring career. And, like Clary, various famous names who McGillivray has rubbed shoulders with over the years – including Nigel Havers and Celia Imrie – several of whom make cameo appearances in the book, showed up to lend their friend support.

Early in his book McGillivray admits to embellishing his academic career in order to enhance his career prospects. Which leads the reader to wonder whether, as his colourful exploits unfold, he has taken some artistic licence along the way. However, considering that before the end of the second page he has dismissed himself as a, “bossy, anally retentive, gay drug dealer with a penchant for pornography”, he has, one imagines, long given up any pretence at painting himself as anything less than what he truly is. Who, ones asks, would heap such dubious accolades upon themselves if they weren’t true.

Written in a style which makes the not insubstantial three hundred plus page tome move swiftly, the resultant revelations allow little time for the reader’s to interest flag. Though holding little back in the depictions of his often suspicious entrepreneurial exploits, neither does McGilivray dwell longingly on the more sordid details, many of which one imagines lie just hidden from sight.

Reading the book the more reserved may be shocked by some of McGillivray’s revelations – indeed he claimed in his short speech on the evening that there would likely be several people no longer speaking to him after reading it. However one can’t deny he has managed to survive quite well and make a living in the entertainment field, in which it is notoriously difficult to stay the course without the occasional slip up along the way.

Little Did You Know: The Confessions of David McGillivray will be published by FAB PRESS in H/B in July 2019, and can be ordered through their website at: https://www.fabpress.com/little-did-you-know.html