by Cleaver Patterson
in HE Reviews

Dr Cyclops – the horror / adventure from Universal Studios, which has just received a new lease of life on DVD by Fabulous Films Ltd and Fremantle Media Enterprises – is one of those obscure classics, often unjustly overlooked in the light of more famous horrors from the same period. Though perhaps lacking such blatant shock tactics as the Frankenstein, Dracula and Mummy films from the same studio, the Sci-Fi shocker none-the-less has enough gruesome and chilling overtones to keep even the most ardent fright freak happy. 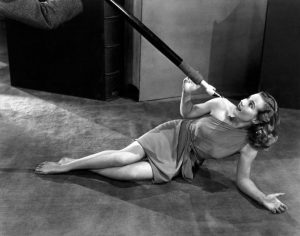 Dr Thorkel (Albert Dekker) has been working on a formula which uses radiation to shrink living creatures to a fraction of their original size. Thorkel asks a group of eminent scientists to his laboratory, deep in the jungles of Peru, in order to reaffirm certain elements of his miniaturisation process which have been troubling him. However, after they discover what Thorkel is actually doing, the now mad doctor realises that he will have to quieten the scientists forever, and what better way than to use them as subjects for his diabolical projects.

All the ingredients are present in Dr Cylops for an authentically disturbing cinematic adventure which – if you suspend belief for its seventy odd minute running time – the resultant film manages reasonably well to achieve: the jungle lair – where the crazed Thorkel carries out his unearthly experiments – is uncannily reminiscent of that of the deranged scientist in Zombie Holocaust (1980). An unsettling opening murder which would not have looked out of place in a Boris Karloff vehicle – along with a disturbing killing by suffocation and genuinely tense, edge-of-your-seat, climax – all make what would otherwise have been a mundane Saturday morning ‘boys-own’ adventure, into a startling fantasy / horror hybrid. 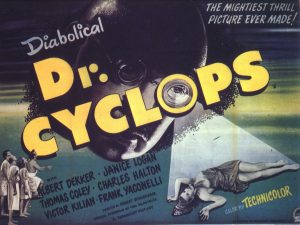 The film – directed by Ernest Schoedsack, who helmed the horror classics The Most Dangerous Game (1932) and King Kong (1933) – was based on a short story by author Henry Kuttner, which had appeared in the June 1940 issue of pulp magazine Thrilling Wonder Stories. The first American horror film to use the recently developed three-strip technicolor process, the result, even today, makes for a truly arresting vision which leaps from the screen in vivd, eye-scorchingly lurid tones. Oscar nominated for its special effects (an unusual achievement for genre based films during that period), the depiction of its miniaturised characters often used overblown everyday objects such as tables and chairs, which towered above the normal sized actors in order to highlight their shrunken size in comparison: the process was similar in manner to that used four years earlier in the MGM masterpiece The Devil-Doll.

The film’s cast featured several well-known actors of the period, including Albert Dekker and the prolific Charles Halton who appeared in over 180 films during his Hollywood career. The fact however that it doesn’t star any of the genre’s top names – Karloff, Lugosi or Atwill, all could have carried off the role of Thorkel effortlessly – probably explains why this little seen gem has languished in relative obscurity since its initial release.  More the pity ….. 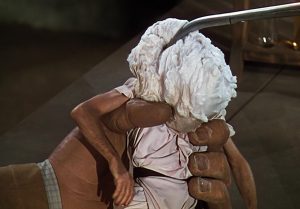