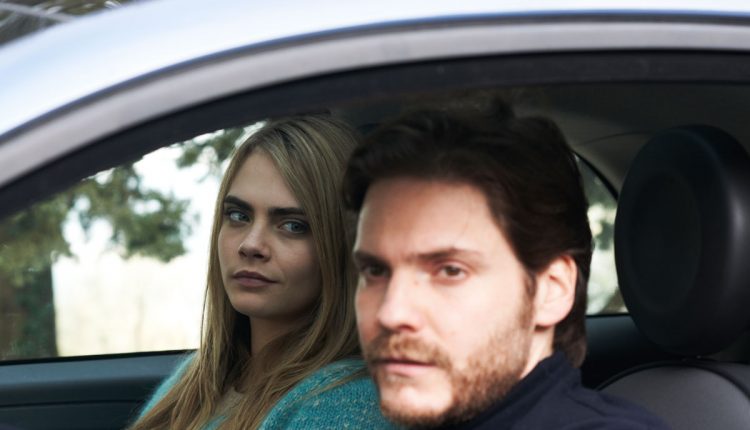 Meredith Kercher’s murder in Italy, and the subsequent arrest of her flatmate Amanda Knox, was like mana from heaven for a salacious media. Offering sex, drugs, beautiful young women, shady foreigners, a misfiring legal system and enough confusion to allow every crazy theory a moment in the spotlight, it was no wonder a circus soon arose around the case. Michael Winterbottom’s film tackles all of this and nothing, lost in amongst the half-truths. For a film all about angles, The Face of an Angel is hamstrung by its inability to choose one.

An impressively energetic filmmaker, Winterbottom has an enviable, if sometimes patchy, track record. He’s maintained a prodigious output for two decades now, jumping across topics all addressed with noteworthy inventiveness. After an intriguing start, this only mildly concealed telling of the Kercher case has to count as a misfire. Unable to lock down thematic focus, the narrative flutters about aimlessly, toying with a number of approaches that are all abandoned, and introducing the travails of a fictional director that adds little.

In this telling, Knox has become Jessica Fuller (Genevieve Gaunt) and Kercher is renamed Elizabeth Pryce (Sai Bennett). Daniel Brühl is the newcomer, director Thomas Lang, dispatched to Siena to make a film of journalist Simone Ford’s (Kate Beckinsale’s) non-fiction book of the case. Mired in his own problems – a faltering career and collapsed marriage – Thomas ambles about town meeting with other correspondents, police, lawyers, young student Melanie (Cara Delevingne) and a local crackpot with a penchant for jumping out of the shadows in alleyways (Valerio Mastandrea).

For a while, his efforts to wrestle the case into a screenplay provide a certain degree of fascination. There’s a clumsy feel to early expositional conversations between Thomas and Simone before the awkward use of mock news footage gives way to an effective sense of unease as he goes from person to person trying to get to grips with events. This promising build-up is then thrown away as Thomas ends up monopolising the screen, often for entirely irrelevant diversions into his failed marriage, abortive drug experimentation and unconvincing relationships of varying degrees of intimacy with Simone and Melanie.

It might be ok if he were a believable character, but there’s something artificial about the tortured director. Even the ever likeable Brühl struggles to gets to grips with his character. He carries an unexplained rage with him, suddenly goes off the rails into crime fighting mode, and dabbles in too many half-hearted relationships. Whether sleeping with Simone, or watching a sleeping Melanie, it always feels forced, though nowhere near as forced as a series of painful fantasy sequences. Winterbottom starts to go wildly off course when he shows a dreaming Thomas knifing his estranged wife in the back, or being gobbled up by a monster in a darkened street.

Winterbottom and screenwriter Paul Viragh make things even worse by occasionally threatening to pick a direction before veering off again. Barely formed musings on the media’s manipulation of the case, and the way Elizabeth is completely ignored are dropped in only to be swiftly forgotten. They spark a glimmer of interest subsequently squandered, a summation that applies overall to a film containing multiple points of interest and little in the way of follow through. Ultimately, Thomas’ failure to find the right entry into the story is echoed in the story.

The Face of an Angel is released on DVD and Blu-ray on 20th July. Extra includes interviews with the director and cast, deleted scenes and behind the scenes footage.