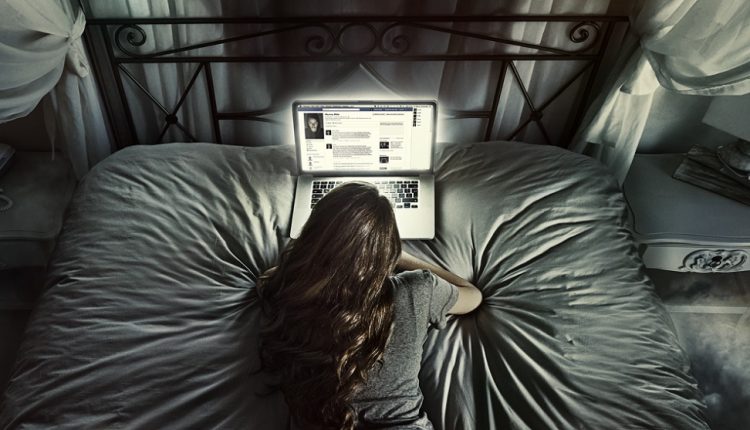 When Laura (Alycia Debnam-Carey) accepts a friend request on Facebook from fellow student Marina (Liesl Ahlers) she doesn’t know what she’s letting herself in for. Marina, you see, has no other friends. I don’t mean this as an exaggeration. She has nobody else. At all. But she wants that to change, which results in her suffocating Laura with her obsessive messages, “likes”, and need for someone special in her life. Which means that it doesn’t take long for everything, inevitably, to turn sour. And if Marina is back to having no friends then she’ll do what she can to make sure that Laura knows exactly what it feels like, even if that involves death, viral videos, and a hefty dose of black magic.

Social media is interesting to watch displayed in movies. It’s such a big part of our lives now, yet it’s not exactly the most cinematic of activities. If you want to see something attempt it, and get things pretty wrong, then go and watch Unfriended (the social media movie set up to look as if it’s all being viewed on a laptop). And I must admit that the spectre of that movie loomed over this one, making me hesitant about just what I was letting myself in for.

Thankfully, director Simon Verhoeven (who also co-wrote the script with Matthew Ballen and Philip Koch) does his best to keep things balanced between the computer screens and the real world (well, the real world depicted onscreen, I am sure you know what I mean). The cast, with the exceptions of Debnam-Carey and Ahlers, are pretty instantly forgettable, but the presentation of the story is stylish, thanks largely to some wonderful animated videos displayed on the computer screens, and enjoyable.

What’s actually more horrific? Pain and possible death? Or losing friends (both online and off)? This is the clever quandary that puts Friend Request above other titles, so far, in the small pool of social media horrors. And the fact that it also works as a solid horror movie for teens. Aside from the leads, Brit Morgan, Brooke Markham, Connor Paolo, and William Moseley all do well enough in their roles. There ARE atmospheric moments, mainly thanks to those aforementioned animated videos and the core idea of the film being one reminiscent of numerous J-horrors, and there’s also a surprisingly decent backstory teased out, putting a tech twist on some old lore, but the numerous jump scares serve as a constant reminder that this is a film aimed at younger viewers looking for a fun time. Which is absolutely fine, different strokes for different folks, but it’s just a shame that it couldn’t have taken more of a risk and developed into something potentially great.

Friend Request is due to hit shiny disc here in the UK on September 19th.