The second in Fritz Lang’s quartet of anti-Nazi Hollywood thrillers, Hangmen Also Die! comes pre-loaded with fascinating context for contemporary viewers. In the mid-1930s the director was hand-picked by Hitler to prepare propaganda for the National Socialist Party (the Füher imagined Lang’s 1927 expressionist masterpiece Metropolis as his blueprint for the New World), but Lang fled the country fearing persecution as a Jew. For years he worked as a prolific genre filmmaker at the major studios, cranking out westerns (Western Union, 1941) and pre-noirs (You Only Live Once, 1937) before making more personal statements. 1941’s Man Hunt, a film which begins with the attempted assassination of Adolf Hitler, can be considered the first of these. Its opening images, capturing the dictator in the sights of a telescopic rifle, were among the most provocative of their day.

Hangmen Also Die! re-writes the story of the assassination of Reichsprotektor Reinhard Heydrich, a key architect of the Holocaust whom Hitler famously dubbed “the man with the iron heart“. The film, which unfurls in Prague, begins with his murder by Resistance fighter Dr. Svoboda (Brian Donlevy), who is aided in his escape by Nasha Novotny (Anna Lee) and her Professor father, Stephen (the wonderful Walter Brennan). The story, recalling Lang’s earlier classic M (1931), then observes a city-wide manhunt undertaken by the Gestapo for Dr. Svoboda, and intersperses it with the drama of Nasha and her family. 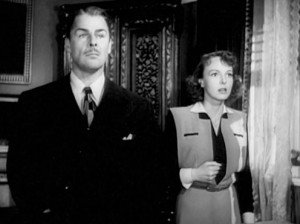 But alas, Lang could only have one M in his career. The tone for Hangmen Also Die! is set from the off, as Hanns Eisler’s score casts a thunder-crack of brass over a fawning portrait of Hitler, and this defiantly leftist film, co-written by Bertolt Brecht (his only Hollywood collaboration), has the Germans projecting Nosferatu-like shadows across walls, barking orders through reams of spittle and acting in a wildly gestural manner; they are Hollywood caricatures of course, cast against recognisably American actors in the Czech parts (all speaking English). 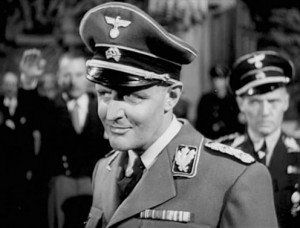 The performances present a smorgasbord of quality and tones, and while Brennan’s pensive work can be interpreted as an intelligently directed act of understatement against the hammier Gestapo actors, they nonetheless feel as though they belong to different films – the same could be said for the beautifully crafted interiors, juxtaposed against obvious backlot sets recalling Lang’s early Weimar films. The inky nooks and crannies of these sets, the painted-on shadows and muck of its motels and stores, fit the larger-than-life world of the Gestapo HQ, but when the film moves to a Resistance interior, James Wong Howe’s masterfully noirish lighting establishes a different tone, more complementary to the familial drama of Anna and Dr. Svoboda. 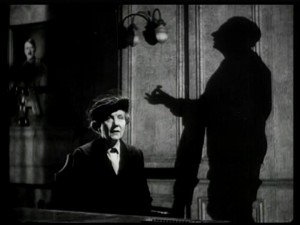 The impeccably designed quarters, moody aesthetic and inherently dramatic murder plot should make for an exciting narrative à la M, but somehow there’s no urgency to its structure, which is flabby and spends too long dwelling on unimportant aspects, such as Nasha’s fiancée mistaking her collaboration with Dr. Svoboda for an affair, and the Gestapo’s interfering with their relationship in a push/pull bribery setup. Though briskly paced, the film just can’t muster enough enthusiasm for all of its story strands; when it focuses on scenes of interrogation and investigation it’s as riveting as any of the director’s best films, but at least thirty minutes of inconsequential drama (much of which is hampered by the off-key performances) reduce it to a minor work. 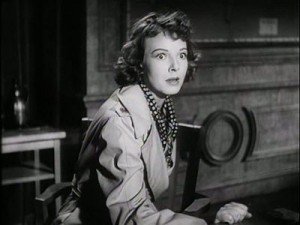 When the film premiered in Prague, a city then at the peak of Nazi occupation, spectators arrived with a burning effigy of Hitler. It should never be forgotten how close to a nation’s heart Hangmen Also Die! once was, how precisely it captured the mood of a time and related to the conflict of a people. There is no surprise when we learn how popular the film was, and how Lang was able to make two further anti-Nazi films (though it has been argued that he only did so to reconfirm that he never affiliated with their party; it was not unknown in Hollywood that Hitler and Goebbels had cornered him for head of film propaganda). 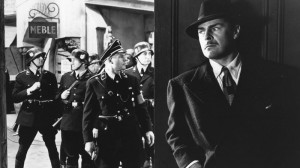 But the film must also be considered in its modern context, and some awkwardly translated exposition and terribly Americanised performances (William Roy as Nasha’s younger brother is particularly awful, an obviously manicured Hollywood child star) age it badly. This is one for Lang completists and fans of Hollywood cinema during the Third Reich, and while it will offer plenty of interest for those viewers, it remains a frustratingly shapeless and flimsy thriller.