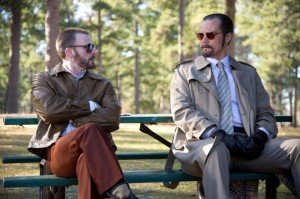 Based on real events, Michael Shannon plays Richard Kuklinski, a contract killer who never cared about anything, except his family (his wife, played by Winona Ryder, and his children). Kuklinski spends most of his time employed by mobster Roy Demeo (Ray Liotta), being appropriately rewarded for doing his work so consistently and with such a cold approach. He eventually crosses paths with another killer, Mr. Freezy (Chris Evans), with the two men only briefly getting to know one another before going their separate ways. However, Kuklinski soon gets back in touch with Mr. Freezy when Demeo stops giving him work. Hey, even a hitman has to feed and clothe his family. 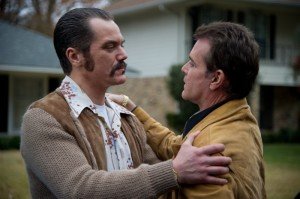 Director Ariel Vromen, who also helped create the script with Morgan Land (based on a book by Anthony Bruno and a documentary by Jim Thebaut), does a decent job here, but his best choices were made in the casting sessions. Although there aren’t many major mistakes, the full movie feels slightly undercooked, so to speak. It runs for about 100 minutes, but could do with 100 more. And there’s a misjudged “death montage” that really threw me – which means that I sat there and thought to myself: “did they really decide that the treatment of this non-fiction material needed a death montage?” 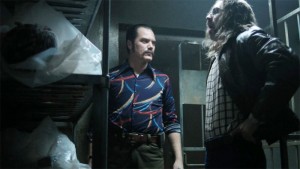 Shannon is superb in the main role, giving the kind of performance that viewers have come to expect from him over the years, and Ryder does a great job opposite him. She makes her character a genuine, loving wife who just happens to not realise what her husband is up to. She’s trusting and loving, not dumb or deliberately looking the other way. Liotta is great in a role that I’m sure he could do in his sleep by now, and he’s given some great moments with Robert Davi, John Ventimiglia and (most surprisingly) David Schwimmer. But it’s Chris Evans who probably deserves a special mention. This may not be his best performance ever, but it’s certainly a very good one and he plays impressively against type as Mr. Freezy. 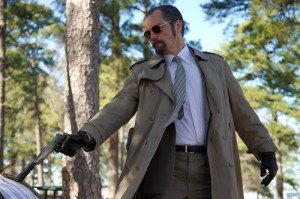 Fans of true crime stories will certainly find enough here to enjoy. The performances, the incredible true story behind the movie, the various characters who played their part in the events, all of these things are good. But, as I (and a lot of other people) already said, it’s just lacking . . . . . . something.

The Iceman hits home entertainment formats on September 30th here in the UK. As well as the movie, the DVD comes with a “behind the scenes” featurette and interviews with most of the main players. The supplemental material may amount to just under an hour but it’s all typical, self-congratulatory stuff.