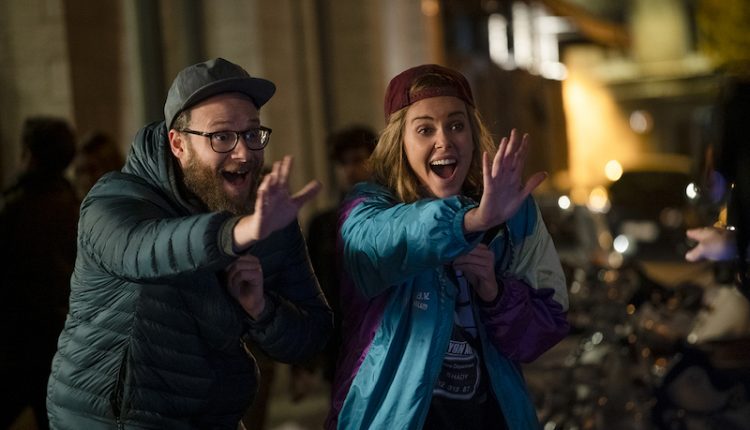 It is hard to be imaginative when it comes to romantic comedies. When it comes to the genre, pitfalls to clichés are endless and creating a film that is smart, funny with genuine chemistry between its leads is rare so Jonathan Levine’s latest film aims to change this.

Starring Charlize Theron and Seth Rogen, Long Shot focuses on journalist Fred Flarsky (Rogen), who is hired by his former babysitter, now US Secretary of State Catherine Field (Theron) to help write her speeches and boost her public image.

There are certain elements in Long Shot that stem from the confines of romantic comedies. From the typically judgemental supporting characters to the ‘unconventional couple’ angle, the film’s faithfulness to the genre makes it occasionally stale and predictable. In addition, Levine’s direction sways more to the comedic side of this rom-com while rushing through the romantic side to stifle sentimentality.

But this doesn’t stop Long Shot from actually being funny. Liz Hannah and Dan Stirling’s screenplay combines smart gags and points about how women are regarded in the media. The plot also highlights the pressures of being a career-driven woman that don’t necessarily revolve around family. Due to her position, Catherine stops her true self coming through and this prevents her from being taken seriously, especially as everyone focuses on her looks. Challenged by powerful men such as Andy Serkis’ slimy media mogul and Bob Odenkirk’s flippant President, she finds herself wondering whether she can become President.

Providing a much-needed reality check is Fred, whose unfiltered feelings in being true to personal opinions and aspirations keep Catherine grounded. He subsequently learns more about the woman, rather than the politician while Catherine is reminded that there is life behind a desk, creating a balanced personal and professional relationship.

Given Theron’s history of strong female characters, her role in Long Shot offers a comedic string to her already large bow. She effectively combines and likability while retaining a strength that comes from her role. In addition, Rogen brings a sensitivity to Fred that is not overly dominated by crude comedy. Together, the mismatched duo brings chemistry that helps to enhance the formulaic plot.

Overall, Rogen and Theron’s wonderful chemistry makes Long Shot engaging. However, it stays too close to the conventions of romantic comedies to really lift the genre.

Long Shot is out on DVD and Blu-Ray on 9 September.