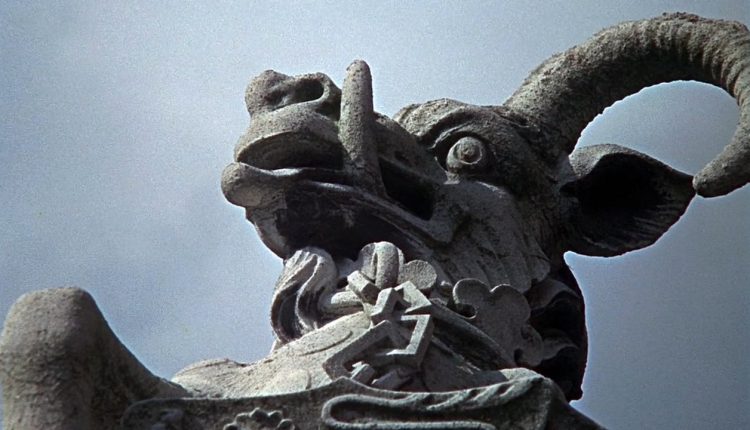 A Man for All Seasons (1966) is a delight to watch.  The multi-Oscar winning period drama charts the true story of the fall of Sir Thomas Moore (Paul Scofield) England’s Chancellor during the reign of Henry VIII (Robert Shaw), who lost his head because he stood up to the tyrant king on a matter of principle.

This visually sumptuous interpretation of one of the most fraught historical periods between the English crown and church, may not necessarily make for easy viewing: those looking for a swashbuckling historical romp in the style of Errol Flynn or Basil Rathbone will be disappointed.  Instead it focuses on high drama, dealing as it does with Moore’s disagreement, due to his Catholic faith, with members of the royal court over the King’s desire to divorce his wife, Catherine of Aragon, to marry his mistress, Anne Boleyn.  As such much of the film is taken up with the intrigue and backstabbing of aristocratic Tudor life, and the lengths to which members of Henry’s inner-circle would go in order to save their necks – often to the cost of those around them.

All this however makes for a dramatic screen interpretation which has Oscar written all over it.  Everything feels real, right down to the minutest detail: when Henry jumps from his royal barge on the Thames, and wades through the mud to visit Moore and his family at their home in Chelsea, it is the real oozing, brown and stinking stuff which splashes around the his silken robes – no Hollywood glossification here.  But the production is also beautiful to look at.  From unhurried panning shots of the same said Thames as Moore’s punt travels slowly along, taking him to Hampton Court Palace, to the climatic court scenes where Moore is tried for high treason by a jury of his own peers, the settings, scenery and costumes blend seamlessly to evoke on screen a decadent yet often squalid period of history.  With a host of stars including John Hurt, Leo McKern and Orson Welles as Moore’s enemies at court, and Wendy Hiller and Susannah York as his beloved and supportive wife and daughter at home, it’s not hard to see why the film wiped the boards at the Academy Awards, taking six of the top gongs including Best Film, Best Director for Fred Zinnemann and Best Actor for Scofield: at the box office it was the fifth highest grossing film of 1966, taking $28,350,000 in America alone.

In today’s age of high octane, CGI ‘reality’, it’s worth remembering films from a period when it was the sheer talent of the actors and artisans involved, that brought history to vivid, pulsating life.

A Man for All Seasons was released by EUREKA! through their Masters of Cinema series, on special Dual-format edition Blu-ray on the 20th February, 2017.