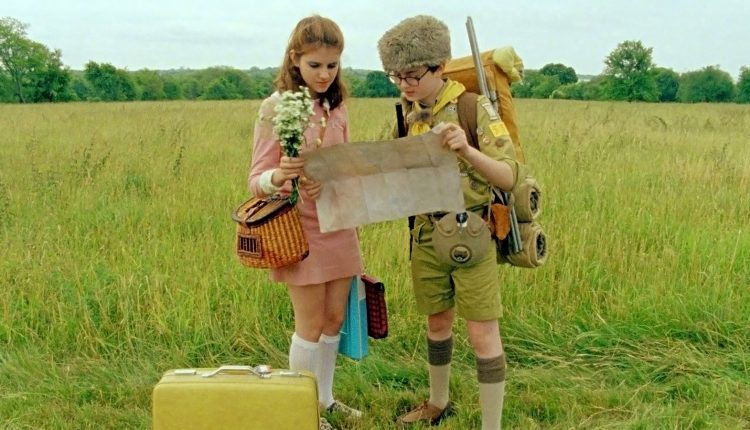 Kingdom is the latest film by Wes Anderson, whose last feature, the stop-motion adaptation of Roald Dahl’s classic tale Fantastic Mr Fox, didn’t really live up to the hype nor the whimsicalness of his earliest offerings like Rushmore and The Royal Tenenbaums.

Moonrise Kingdom is set in 1965 New England, where young lovers Sam and Suzy (Jared Gilman and Kara Hayward respectively) run away to be together after meeting a year before and becoming firm penpals.  Their disappearances spark off a massive search party involving the local Sheriff (Bruce Willis), Suzy’s parents (Bill Murray and Frances McDormand) and Sam’s Scout troop led by Edward Norton (notably playing against type), which is soon threatened by a heavy storm.

After Anderson released The Royal Tenenbaums, his filmography hasn’t really impressed critics.  It can be easily said that The Darjeeling Limited, Life Aquatic with Steve Zissou and even Fantastic Mr Fox never really stood out.  They lacked a certain quality and it gave the impression that Anderson had lost himself in the eccentricity and weirdness of his filmmaking style, further dividing fans and the sceptics of Anderson’s creative eye.

However, it seems that he has found his way back to what he does best with Moonrise Kingdom. One thing you can expect from a Wes Anderson is a great ensemble cast.  In Kingdom, you have Willis, Murray, Norton, McDormand, not to mention Tilda Swinton and Jason Schwartzman.  Everyone is uniquely entertaining – Murray is great as the Suzy’s protective father, as is Norton’s charismatic Scout leader.  However, Gilman and Hayward are the main attraction in this feature.  From Sam’s smart mouth and Suzy’s broody yet sultry stare, it is a match made in heaven.  Not much is known about them and the rest of the world (i.e. the other characters in the film) seem to shy away from them, because of their mutual troubled personalities – yet they find solace and companionship with each other, making their relationship innocent and beautifully developed.

The film is, in one word, quirky.  From its numerous mid-shots to the sharp dialogue and vibrant picturesque landscapes, it is easy to lose yourself in this film.  The music, ranging from Benjamin Britten’s compositions to François Hardy’s Le Temps de l’Amour, develops character within the film and there is a feeling of nostalgia and summer love – whether it is a first or lost love – that resonates throughout the 94 minutes running time.  Colourful, funny and understatedly lovely, Moonrise Kingdom marks the return to form for Wes Anderson.

DVD Extras disappointingly only consist of the set tour by Bill Murray, which is a shame; I would have liked to have seen the animated shorts by Wes Anderson inspired by Suzy’s books.

Moonrise Kingdom is out on DVD and blu-ray on 1st October 2012.