Last night I was watching the great Viggo Mortensen play a Russian gangster in Eastern Promises (2007), complete with lines both in Russian and in English with a heavily – and convincingly – Russian accent. Now I see him in a Spanish-speaking role, playing an Argentinian in Everybody has a Plan. Born to a Danish father and an American mother, the versatile and international mr. Mortensen also lived in Argentina for several years as a child, but this is the first time he is in an Argentinian movie. 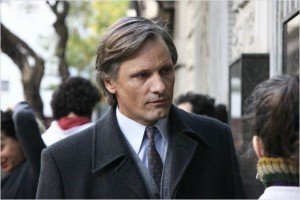 In Everybody Has a Plan, Viggo plays twins. Pedro and Agustin were never on good terms with each other; Pedro stayed on the remote island where they grew up and became a criminal and an alcoholic, and Agustin went on to get an education and become a doctor in the city. Now, being in their forties, they haven’t talked for years. Agustin and his wife are in the process of adopting a child, but Agustin discovers that he doesn’t really want to after all, which shocks his wife so much that if effectively ends their marriage. As this is going on, Pedro shows up at Agustin’s doorstep. Being a chain-smoker, Pedro has developed terminal lung cancer, and he basically comes to ask Agustin to kill him. He will even pay him to do it. 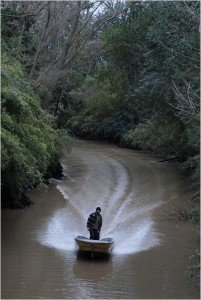 Agustin then sees a way out of his ostensibly successful life. He kills his brother and takes over his identity, faking his own death and abandoning his urban existence, going back to the rural island where Pedro lived. Stepping into Pedro’s shoes proves an interesting and violent challenge. Agustin naturally becomes embroiled in both the crimes and relationships that Pedro left behind, and must gather the courage to somehow disembroil himself from the bad relationships. 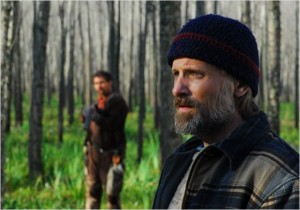 Seeing this happen from Agustin’s confused perspective is a very effective and thrilling way to tell the story, and although some scenes are a bit slow, I would not (as some have done) call this movie an example of “slow cinema”; there is in fact quite a lot going on, and the level of human interest is more than high enough to keep the attention tightly focused on the drama. 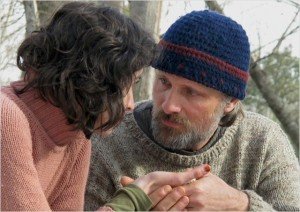 The most memorable relationship that Agustin takes over from Pedro is the friendship with the 21-year-old Rosa, who helps him manage his bee hives. But it is also interesting how he attempts to keep both his childhood friend Adrian – a real bad seed – and his own wife from guessing who he really is. As you might guess, they are not easily fooled. 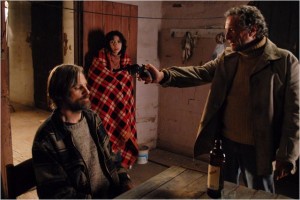 Everybody Has a Plan is a moody and strongly-acted character study which showcases Viggo Mortensens skills extremely well, always focusing on the story more than the actor. I recommend it unreservedly to anyone who enjoys slightly heightened drama and appreciates the actors who can make it work. 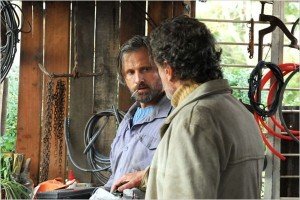 Everybody Has a Plan is out on DVD in the UK on September 23rd.