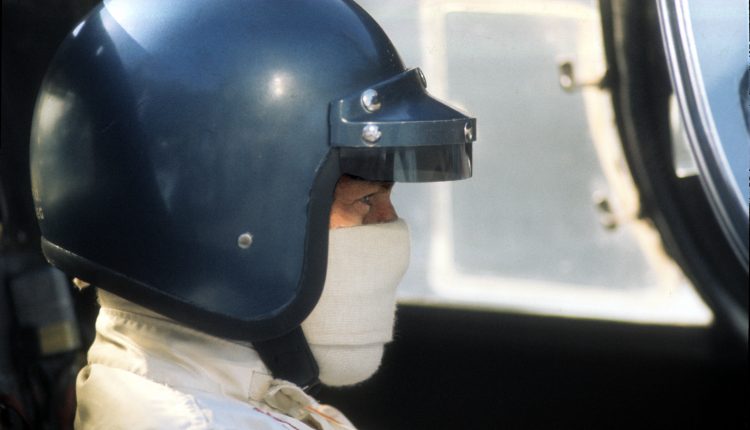 There was an acute sense of apathy around all aspects of racing for this writer; Sunday morning memories of watching cars go round and round and round made lie-ins all the more appealing. Notice the past tense.

Steve McQueen, on the other hand, has always had me hooked. His legacy in cinema is cemented: Bullit, The Great Escape, The Thomas Crown Affair (not that one) to name but a few. His movies are must-sees and the man himself was a legend long before the phrase merely meant someone that always gets a round in.

But then there was Le Mans: McQueen’s passion project which strived to encapsulate just what made Motorsport so addictive and life-affirming for The King of Cool and for millions of others. Trouble is, it was grossly over-budget, bereft of any distinguishable plot and riddled with accidents and incidents. Steve McQueen: The Man and Le Mans is the documentary that tells the tale of McQueen’s level of obsession whilst making the moive, which drove his family, career and life to the limit. 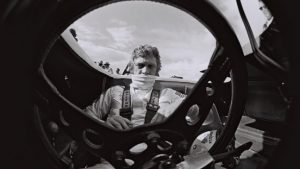 From the outset, the scale of McQueen’s ambition is staggering: millions of feet of film were discovered alongside hours of voice recordings, every inch a testament to how the cast and crew of Le Mans wanted to capture the essence of the greatest race in the world. In a quest for the ultimate in racing authenticity, the same drivers were hired to drive the same race, whilst McQueen’s Porsche 908 (which he drove to second place in the 1970 12 hours of Sebring race), acted as the camera car. The passion on display is infectious, even to those uninterested in the automotive.

It’s not all cold mechanics, however; there’s plenty of humour to be had as well as heartfelt reminisces. Chad McQueen’s reaction to his father’s critique of rival racing flick Grand Prix is priceless (“A prime example of a director playing with himself in public”) and a final scene with Le Mans driver and accident survivor David Piper shows that McQ wasn’t just a tough guy. 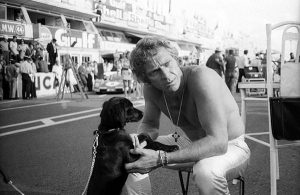 There’s also plenty for the film fan to get their teeth into. The idea of the studio taking over or pulling funding is now near-weekly news but there’s much more to this documentary than that. The account of how McQueen was very nearly one of the Manson Family’s victims is a staggering near-miss in film history. Tree leaves being individually painted to match the season would sound like movie myth if it wasn’t actually true. And as for the tale of McQueen’s covered-up crash (featuring an actress, an assistant and a shotgun), it’s as Rock n’ Roll as anything in Mötley Crüe’s biography.

Is the documentary the perfect lap? Very nearly. Perhaps shaving ten minutes from the run time would have made it a little more sleek as there’s certainly some drag in the final third, but that could be the non-enthusiast talking.

That being said, what we learn about the man himself is invaluable. A self-proclaimed perfectionist from the gutter, McQueen’s perspective is best summed up in his own words; “Racing is life. Anything before or after is just waiting.” His endeavour to share the peaceful moment where death is on your shoulder, where one mistake could be your last, seems selfless on his part. This documentary brings that to a whole new audience.

It’s with final irony that the cause of McQueen’s cancer is revealed as a result of asbestos poisoning; a form of asbestos only found in racing driver’s suits in the 1960’s.

Steve McQueen: The Man & Le Mans will be released on DVD, Blu-ray, and on iTunes, Amazon, and Google Play on June 5th. For an exclusive Flcikfeast interview with Chad McQueen and Co-Director Gabriel Clarke, click here. 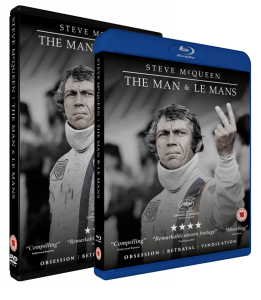