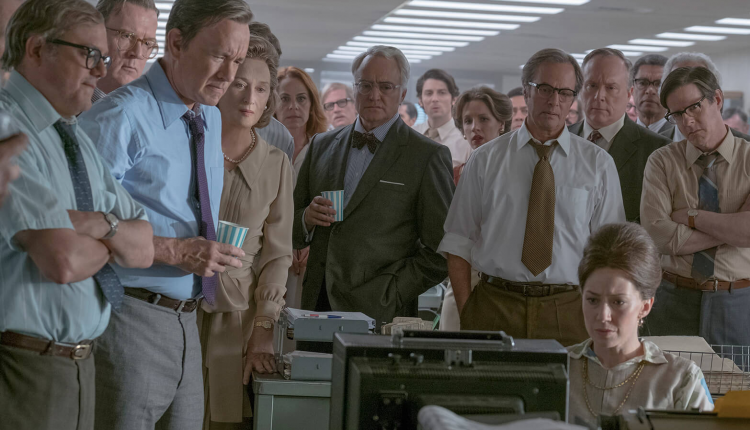 In 2016, Liz Hannah’s debut screenplay was ranked second on the Black List, an annual survey of most-liked films not yet produced that included Academy Award nominees Roman J. Israel, Esq. and I, Tonya. Its high ranking attracted the attention of former Sony Pictures head Amy Pascal, and the project quickly entered development with a Hollywood dream team at the helm.

Based on the 1997 autobiography by late Washington Post publisher Katharine Graham, The Post follows the partnership between Graham (Meryl Streep) and editor-in-chief Ben Bradlee (Tom Hanks), as they risk their careers to uncover the US Government’s true involvement in the Vietnam War.

Before Watergate, the Washington Post was embroiled in a scandal involving the Pentagon Papers, a government report that detailed how the US Government secretly expanded its military actions in Vietnam while misleading American citizens. In 1971, the report was leaked to the New York Times, only to have the government obtain an injunction against the newspaper after publishing only three excerpts. However, the report was also leaked to the Washington Post, who chose to defy the Nixon administration and publish the exposé.

Considering that Spielberg worked on The Post during the post-production phase of Ready Player One, the narrative feels rushed in places. While this can be construed as the team wanting to act before the government does, there isn’t enough time to show how they really feel about going against Nixon. Instead, everyone is driven by their own agenda and they come across somewhat cold and detached. In comparison to 2015’s Spotlight, this lack of emotionality prevents the film from resonating the audience.

However, Hannah and Spotlight co-writer Josh Singer ensures that the story is compelling and beautifully told. They also reinforce it as a professional stepping stone for Graham, who is initially seen as a struggling socialite with no clue about publishing. Despite her late father and husband being involved in the industry, her evident insecurities in taking the helm prevent her from stepping up as a leader, choosing instead to default any business decisions to an array of assertive male lawyers and board members. Streep subtly plays her with a slight quirkiness that comes across as naivety, which only makes her gradual evolution to a determined publisher into an empowering triumph.

In contrast, Bradlee is eager to make something of The Washington Post and is confident in his role as editor-in-chief. While Kay brings a sense of morality to the story, Hanks delivers a solid performance as Bradlee’s tenacity guides the narrative as the only character unfazed by politics. In addition, he and Streep share a mature on-screen chemistry, which reflects a mutual understanding and respect of each other’s positions in the newspaper.

Overall, The Post has all the key elements of a good film – there is an intriguing story with a talented director and two great leads played by two renowned actors. While the almost unfeeling characters are almost off-putting, Spielberg delivers a mesmerising account of the Pentagon Papers scandal and reminds the audience that there was a time that negative news about politicians wasn’t immediately dismissed as ‘fake’.

Special features on DVD and Blu-Ray:

The Post is out on DVD and Blu-Ray on 21st May, as well as download on 14th May.