The predicted box office disaster that managed to defy the odds and turn into a success. The most expensive zombie movie ever made, to date (I believe). The bloodless horror film that got horror fans all up in arms. World War Z is all of this and more. I’ll admit right now that I was one of the naysayers. I saw no way that this movie could a) be any good for fans of proper zombie movies and b) hope to make a profit. I was wrong. A lot of people were wrong. World War Z makes mistakes, and I remain disappointed by the lack of decent gore, but it’s a cracking blend of action and thrills that gets up to speed quickly and rarely lets up until the very end. 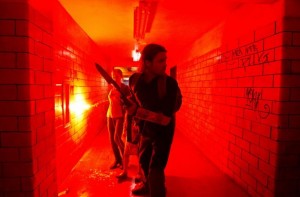 Brad Pitt stars as Gerry Lane, a man who gets caught up in a violently explosive zombie epidemic with his wife and kids by his side. He manages to call in a couple of favours, but those favours are costly. You see, Gerry used to work for the United Nations and they really want him to work for them again during this particularly difficult time. Gerry just wants to stay with his family and stay safe, but the UN won’t keep them protected if he doesn’t help them out of their current predicament. Therefore, obviously, he heads out with some soldiers to try and end the epidemic. 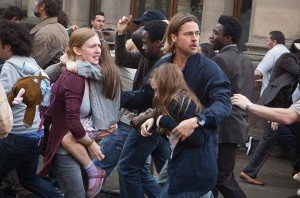 The criticisms that you can level at this movie are both numerous and legitimate. It’s bloodless, it’s full of CGI (though much of it is well done), it just doesn’t feel like a movie that should sit alongside any of its undead brethren. But it’s easy to forget about those negatives when the action starts off so quickly and the movie darts from one impressive set-piece to the next. The runtime may be just over two hours, for the unrated version, but this isn’t a movie that feels bloated. Admittedly, it doesn’t feel entirely cohesive, but it’s exciting and fun and continually aims to work on a BIG scale. 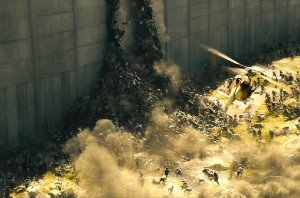 It may have taken a number of writers (Matthew Michael Carnahan, Drew Goddard, Damon Lindelof and J. Michael Straczynski) to patch this together, and that’s probably the most appropriate description. It’s a patchwork movie, but director Marc Forster keeps things on an even keel and handles the more thrilling sequences with an assured hand. 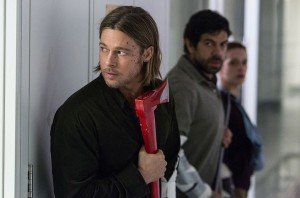 The other assured hand helping to ensure the movie’s success is, of course, Brad Pitt. This may not be his finest acting hour, but Pitt does just fine in the lead role. More important, for his standing in Hollywood anyway (which, let’s face it, isn’t in need of any boost), may be the fact that the movie he attached his name to was able to become a success after journeying along such a rocky road. Daniella Kertesz does well in Brad’s shadow, starting off as just another potential victim during the zombie crisis and developing into someone that viewers can really root for. Elsewhere, Mireille Enos does fine with the little screentime she gets, Peter Capaldi is always good to watch onscreen and there are small roles for James Badge Dale and the great David Morse. 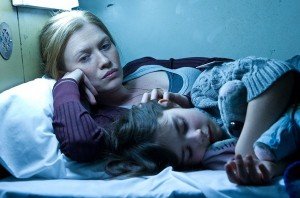 If you want to see a big-screen adaptation of World War Z, a book many people loved, then this isn’t for you. It takes that source material as a springboard, nothing more. But if you want to see some zombie craziness on a global scale with panic levels that go from 0-60 in seconds, to use a clumsy analogy, then this might keep you as entertained as I was. 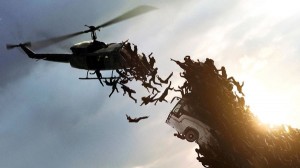 World War Z is available here in the UK from 21st October on multiple formats.