Well, it’s happened at last. Director Steve McQueen has impressed me, and in such a way that, cinematically, shuts me up good and proper. Of course, I’ve only seen one other movie that he’s directed (Shame) but the praise heaped upon that made me wonder what everyone else was seeing that I was missing. I thought that the same thing might happen this time around. I might just not appreciate a film that had already received a fair amount of critical adoration. Thankfully, this time I am in complete agreement with the majority. 12 Years A Slave is a stunning piece of work, a difficult film to watch, and something likely to prompt conversation and strong feelings among those leaving the cinema.

It is the story of Solomon Northup (played by Chiwetel Ejiofor), a free man who was kidnapped and sold into slavery. With no papers on his person, and no way to prove that he is who he says he is, Solomon has no chance but to go along with the other slaves being transported to be sold. From then on, he meets a number of people who will play an important part in his life, including a sort of decent chap named Ford (Benedict Cumberbatch), a nasty piece of work named Tibeats (Paul Dano), a notoriously tough brute named Edwin Epps (Michael Fassbender), his wife (Sarah Paulson), and the slave girl that they both abuse in different ways (Patsey, played by Lupita Nyong’o). 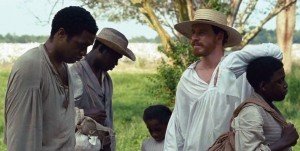 It’s hard to know where to begin with the praise for 12 Years A Slave because it really is THAT good across the board. The script by John Ridley (based on the true tale written down by Northup), the direction, the performances from everyone involved (with Ejiofor, Fassbender and Nyong’o completely deserving of the praise that you may have already heard . . . . . . . . . . . and Paulson matches them completely, and has perhaps the most shocking scene in the whole film). It’s very hard to think of any wrong decisions that were made in translating this material into movie form. Okay, Cumberbatch and Dano aren’t as convincing in the first half of the movie, but the former simply suffers due to his character being a bit nicer than most of the others onscreen, and the latter just goes a bit overboard. But it doesn’t matter too much, mainly because Ejiofor is always SO good.

There are many moments shown that will make most viewers wince, but there has even been a lot of thought given to what is shown, what is spoken and what is implied. While there aren’t whippings and bloodletting in every single scene, it’s impossible to watch the movie without remembering the pain that the characters are enduring almost every hour of every day. 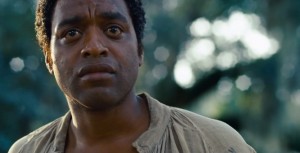 The thing that impressed me most, however, is the fact that this film highlights the sheer inhumanity and cruelty of slavery by pointing out an aspect of it that’s often forgotten. Well, forgotten by me anyway. Slaves are often shown in films as slaves. They may talk of backgrounds and families lost, but most movies keep everything simple. 12 Years A Slave proves most effective in reminding viewers not only that all slaves were wrenched out of their own lives, so to speak, but also that many were legitimately free people who were kidnapped by opportunistic criminals AKA complete nasty bastards. It even sickens me that I just wrote “legitimately free people” in that sentence, but I am referring to the labels of the time.

It may be a particular horrible part of history, but it’s also a horrible part of the here and now, albeit in a slightly different form. Anything that reminds us of both the best and worst of human nature is a good thing, in my view, and this movie does that. It does it superbly. 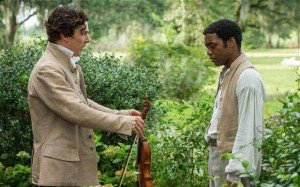