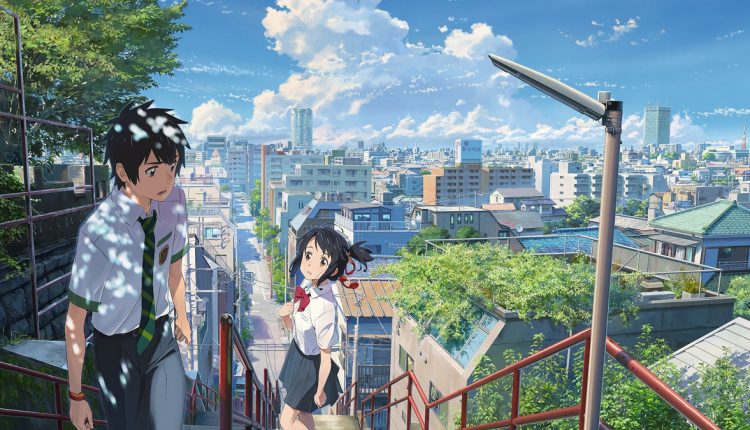 In September, a Japanese anime was featured on the BBC News website. Why? It is the first animation not made by Studio Ghibli to make more than ten billion yen (£76m) in Japan in a month. After receiving acclaim from multiple film festivals, including the recent London Film Festival, sci-fi fantasy Your Name by Makato Shinkai is getting a limited UK release.

The film follows schoolgirl Mitsuha (Mone Kamishiraishi), who is fed up of her small-town life in Itomori. She discovers that when she falls asleep, she is randomly body-swapping with Tokyo schoolboy Taki (Ryunosuke Kamiki), leading to a mêlée of confusion.

Your Name fills in a gap in current Japanese anime, nicely satisfying the young adult audience – a compromise between kid-friendly adventures to the adult and visually graphic. In this middle ground, there is a lot more accessibility in terms of humour and emotional angst with the theme of adolescent angst. However, even amid the body-swapping, Taki and Mitsuha are seen getting on with things, instead of wondering incessantly about why of all the people in Japan (nay the world) they are connected, offering a different yet practical perspective to their special relationship.

The body-swap storyline is awkward and mildly humorous as they meddle in each other’s lives. However, the film suddenly shifts in tone as their story takes a stranger turn. The fantastical side kicks in during the second half, allowing Shinkai to guide the film through a more serious yet confusing direction by showing the heart and emotion behind Mitsuha and Taki’s friendship, as well as reminding audiences that there is more to Your Name than a body-swap comedy.

While the connection between the two is frustratingly unexplained, causing certain loopholes to be shrouded in mystery, their relationship is so endearing that audiences will wish to see them together. Shinkai’s stunning animation is eye-catching at every angle and captures the variety of moods of his crazy tale, resulting in a feature that is as beautiful as Studio Ghibli’s creations.

While Your Name‘s story is dubious, it doesn’t disappoint. One of the standout features from London Film Festival, and one of the best animated features this year.

Your Name is out in UK cinemas on 24 November.