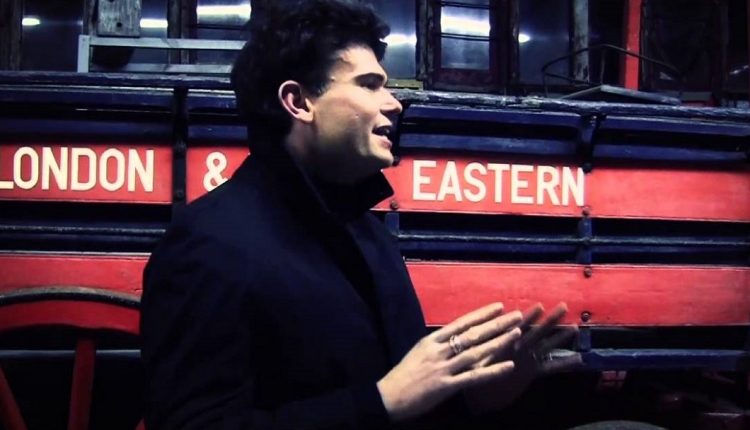 Haunted is a film in the very loosest sense of the word. It’s a version of shows such as “Most Haunted”, with added fakery in the mix and a few members of the public unaware that everything around them is a set-up.

Directed by four individuals, who also helped to “write” the thing with the help of one other individual, this is an undeniably effective reproduction of the type of show format being exploited for the purpose of the gag. The presenters all feel authentic, with Vivien Creegor a decent hostess and Jon-Paul Gates giving a performance as a medium that’s miles better than any performance I’ve seen from those who claim to actually have such a skillset.

There’s also a decent enough backstory worked out, and a good location that helps things along. The team are all at an old railway museum that comes complete with a tragic past, of course, and the tale of a wronged station master (Jeremy Hill). I’d even go so far as to say that one or two subtle moments in the first half make this seem as if it’s going to be an effective little horror.

Then it all starts to go downhill. Fast. The dialogue and bickering is uninteresting, the frights start to become more obvious, and therefore much harder to take seriously (although I am sure I would have been terrified if I’d been one of the people unaware of the fakery), and the whole thing starts to overstay its welcome, despite clocking in at just over 80 minutes. God only knows how I would have felt if I’d seen a version that lasted the durations listed on IMDb, with one being 90 minutes and another being 106 minutes. (a mistake or an act of masochism?)

Steven M. Smith, Zane Casablanca, Svenja Quazzani, Zane Quazzani, and Mark Behar are the people responsible for this, with Behar only involved this time around in a writing capacity, and a quick glimpse at their filmographies online suggest that this is the first in an ongoing series. I hope they either figure out how to make things more entertaining in future, or just . . . . . . . . give up the ghost. Because we need a series of these films like a chocolate teapot needs extra time to warm up on the hob.