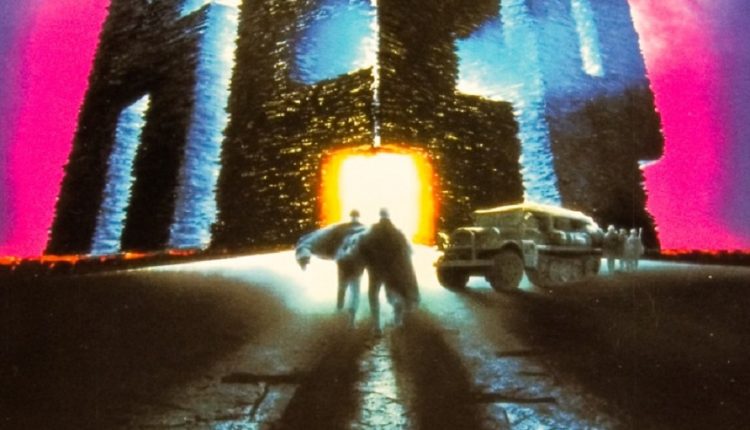 The plot of The Keep can be summarised in one sentence: a bunch of Nazis inadvertently awaken some kind of ancient evil and need help from a Jewish scholar to try sending it back from whence it came. That’s it. To expand a little bit, some of the Nazis (the one played by Jürgen Prochnow, for example) are nicer than others (with Gabriel Byrne being a really despicable piece of work). Ian McKellen plays the Jewish scholar trying to bide time while he figures out how to ensure the safety of his daughter (Alberta Watson). And Scott Glenn is making his way towards the dangerous keep, for reasons that viewers will hope to be privy to by the third act.

I’d heard about The Keep over the years, as I am sure many other horror fans have, but a plot description doesn’t really do it justice. There are times when I thought I was watching a masterpiece. And times when it all bordered on being a parody of pretentiousness. But many more of the former moments outweighed the latter moments.

Director Michael Mann, who wrote the screenplay based on the novel by Paul F. Wilson, brings his usual bag of tricks to the table. Great (and, in some cases, genuinely astonishing) visuals, a dreamy score from Tangerine Dream, a top-tier class of male actors, as well as a young woman holding her own amongst them, and an intelligent core to the film that assumes viewers will connect various dots.

As varied as the cast is, not one of them disappoints. Prochnow and Byrne represent two very different kinds of Nazi officers, one wanting to bide his time and be done with the war and the other wanting to do his best to keep spreading the terror and infamy of the Third Reich. McKellen does well enough, although he’s surprisingly weak here compared to some other performances he’s given over the years, and Alberta Watson is decent as his strong daughter. While Glenn and Prosky also do good work, the real unsung hero of the piece is Michael Carter, playing the evil presence at the centre of everything. Initially surrounded by smoke at all times, he eventually shows his true physical appearance in the second half of the movie. Any incarnation is a fantastic showcase for some practical FX work, with some eye-popping moments helping to create a nightmarish atmosphere throughout.

The Keep is a bit of a mess. But what an absolutely gorgeous, delirious, surreal mess it is. I’d take ten movies like this over more streamlined, less ambitious, movies. We can all just hope that Michael Mann, who has since disowned the film, will one day change his mind and help put together a new re-release worthy of the main feature.