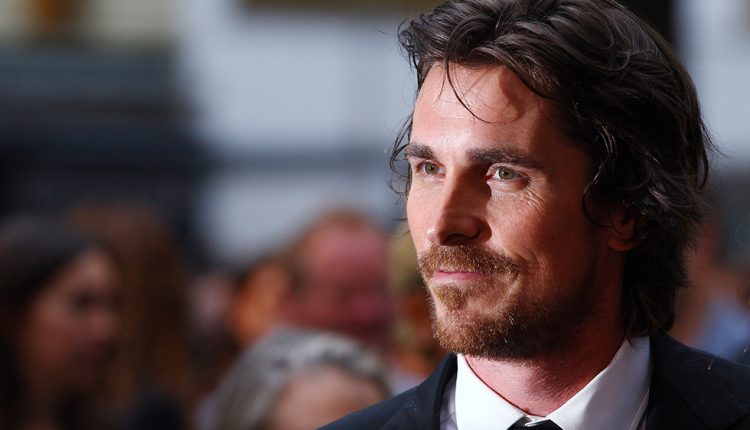 Christian Bale’s recent carry-on at awards ceremonies has shown us that he is not just a gifted character actor; he’s also quite the provocateur. Elements of his acceptance speech at the Golden Globes drew ire and glee in predictably overstated measures from the right and left of American politics, particularly as he thanked Satan for inspiring his portrayal of former vice-president Dick Cheney in Adam McKay’s Vice. (Regrettably, this passable jibe drew attention from what was a much better line; lampooning Hollywood’s penchant for giving its children outrageous names, he casually offered thanks to his offspring, “Banana” and “Burrito.”) He was also in mischievous form at the SAG awards last Sunday, bellowing Gary Oldman’s name as the latter was presenting the award for Best Actress.

It is his aforementioned performance as Cheney, however, that has really set the world of film to talking. Bale gained 40lbs to play the role (not excessive by his standards, but still impressive to the layman) and performed under a coat of makeup and prosthetics thick enough to make him almost unrecognizable. As well as seeing him honoured at the Golden Globes, the performance makes him a strong second favourite at the Oscars, and recent controversy surrounding hot pick Rami Malek might just see Bale claim his second golden statue.

In light of his current spree of headline-grabbing, we’ve taken a look back at his finest acting performances to date.

American Psycho (2000)
It was as the impossibly narcissistic serial killer Patrick Bateman that Bale first came to international prominence. American Psycho follows Bateman as he carefully hides his double life as a crazed murderer from his well-to-do friends and associates; other than that, there isn’t much to tell about the film itself. I view it (and most disagree with me) as a vastly overrated bore of a movie, but the quality of Bale’s performance cannot be denied. He does a beautiful job of offsetting the polite inertia of the everyday Patrick Bateman with the egomaniacal lunacy of his alter ego, and shows early evidence of his dedication to shaping his body to suit a role.

The Machinist (2004)
The end result of what is possibly Bale’s most famous body transformation is on display in Brad Anderson’s The Machinist. With a dietary approach that reportedly consisted of little more than a single apple per day (and an occasional whiskey), Bale dropped down to an emaciated 120lbs to play Trevor Reznik, a factory worker whose psychological difficulties lead to insomnia and, eventually, more serious issues. The film is a gripping, haunting look at the trials of mental instability, featuring skilful direction and a memorable supporting performance from Jennifer Jason Leigh. It will, however, be remembered first and foremost for the chilling dedication shown by Bale.

The Dark Knight Trilogy (2005 – 2012)
It is somewhat ironic that this role, the one that made Christian Bale a household name, is perhaps the one that makes the least use of the acting range for which he is now held in such high regard. His performance of Bruce Wayne slash Batman is, of course, perfectly effective, but the character is written as an unyielding stoic, giving him little to do for much of the trilogy (other than getting into scarcely believable physical shape). The trilogy is perhaps Christopher Nolan’s magnum opus, however, and its insistence on being taken seriously in a genre notoriously reliant on cheap entertainment was something of a game-changer. Bale’s participation was no hindrance.

The Fighter (2010)
Bale’s first (and, thus far, only) Oscar came in 2011 for this biopic about Massachusetts boxer Micky Ward (played by Mark Wahlberg). In what is arguably his finest performance, Bale plays Dicky Eklund, Ward’s older half-brother and trainer. The cocksure Eklund’s own prospects as a fighter have been snuffed out by his crack cocaine habit, and his various misadventures throughout the film act as a counterpoint to Ward’s success. Bale would go on to team up with director David O. Russell again in 2013 for American Hustle, a much less straight-laced affair.

The Big Short (2015)
Adam McKay’s hugely successful comedy-drama about the financial crash of the late 2000s gives us Bale’s most recent standout performance. Michael Burry is a hedge fund manager who, in 2005, notices the structural issues in America’s housing market that would lead to the calamitous property crash of 2007, and begins to bet against mortgage-backed securities. Given the supreme reliability of such securities before this, disgruntled investors initially view his strategy as an expensive folly, leaving Burry under mounting pressure. Bale’s portrays Burry as a quiet eccentric, unfailingly convinced of both the strength of his own analysis and the inviability of a previously unquestioned market structure. The performance garnered Bale another Oscar nomination.

Are there any of Christian Bale’s performances you think we should have included? Let us know in the comments below!