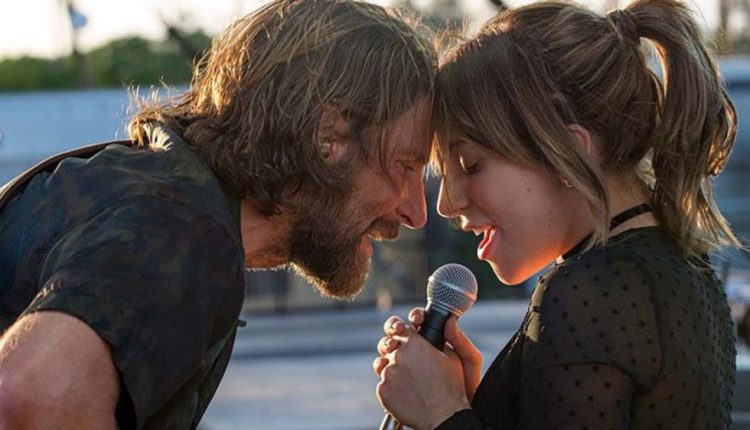 The first act of A Star Is Born works its spell on you in much the way stadium country singer Jackson Maine (Bradley Cooper) does on aspiring singer-songwriter Ally (Lady Gaga). It woos you with spectacle, bags of charm and a set of admittedly great songs. But there are red flags from the off, which come to a head around the halfway point.

My suspicion is there’s one part of Ally and Jackson’s wild ride that audiences will either go with, or will lose them completely. Before that point there’s much to recommend this, the fourth iteration of A Star Is Born since the 1937 original, and the second to be set in the music industry following the 1976 version. There it was Kris Kristofferson playing the past-it rocker watching his flagging career surpassed by his lover/musical protege Barbra Streisand.

Here it’s the Gaga who steals the show as the fragile, irrepressibly talented young musician, drawing on a well of sensitivity and naturalism not often seen in her ostentatious videos or American Horror Story roles. The reason the opening of this A Star Is Born works is because it has the palpable, punch-drunk feeling of a new relationship, helped in no small part by Gaga and Cooper’s chemistry. It seduces you. It’s enough fun for you to not ask questions, even when Cooper’s stumbling around half-cut with a slurred speech pattern that appears to be patterned after the grumbling Jeff Bridges of True Grit.

When it comes time to address Jackson’s alcohol and opiate abuse, and the ensuing volatile behaviour, the lightly drawn details become the film’s greatest weakness instead of its strength. That it also switches focus from Ally’s rise to fame to Jackson’s struggle, and in the process allows her career drama to lapse into a hoary old (not to mention historically gendered) cliches the dangers of selling out in opposition to her beau’s hard-won authenticity, is also disappointing. 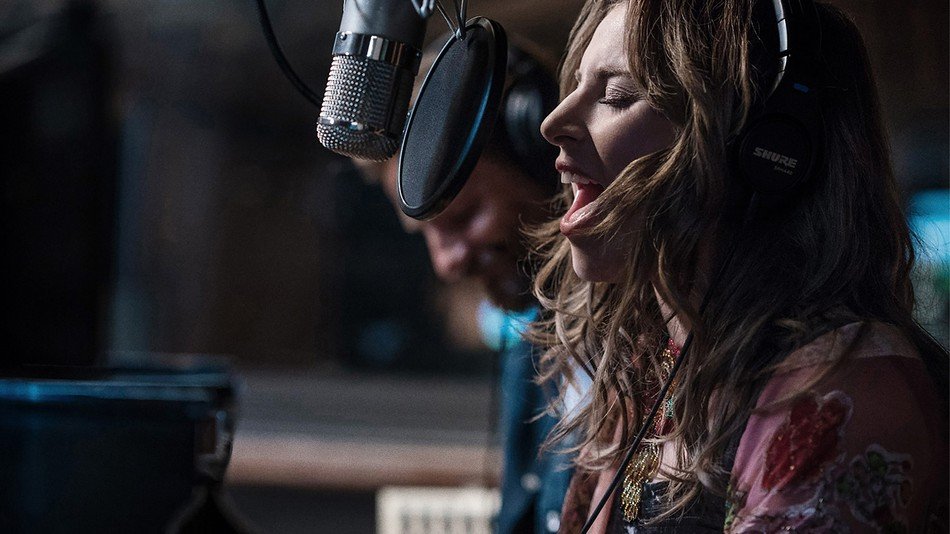 It’s a shame it loses it after the first forty minutes or so because when A Star Is Born is on, it’s on. The concert sequences successfully capture both the look and especially the sound of live music, from the cacophonous roar of the crowd to the top end of the band distorting in a not wholly displeasing way. Cooper even proves to have a decent pair of pipes, although they’re no quite a match for his co-star.

Any concern this may be a vanity project for Cooper, who directs and did a pass on the script as well as starring, is dispelled immediately when you first get a look at him as Jackson. The (mostly handheld) camera spends much of the film shoved right up in his bloated, sunburnt drunkard’s grill. It’s not a wholly flattering look, nor is it a completely sympathetic role. It’s also not a complete role, with one scene in particular clearly being the actor’s swing for an Oscar nom (and one which appears to be directly modelled on Mickey Rourke’s big speech from The Wrestler).

The script from Cooper, Will Fetters and Eric Roberts drops a fair few cheesy lines throughout. Jackson’s multiple soliloquies on the importance of having something to say are especially cringe-inducing, the sort of thing that appears on inspirational Pinterest images; I had to stifle laughter at the wondrously nonsensical line about digging into your soul to make sure it has legs (?!).

Those moments become more prominent and less excusable once Jackson and Ally (and the film and the audience) leave the honeymoon phase, and soon develop into some serious structural issues as we enter the final act. Despite stunning performances from Gaga both on and off stage, a sunkissed vérité aesthetic that all but disappears towards the end, Cooper’s gameness at playing a fuck-up and a sweet moment of nasophilia that would make Haruki Murakami blush, A Star Is Born doesn’t shine quite as brightly as it might have.

A Star Is Born will be released in cinemas October 3 2018.