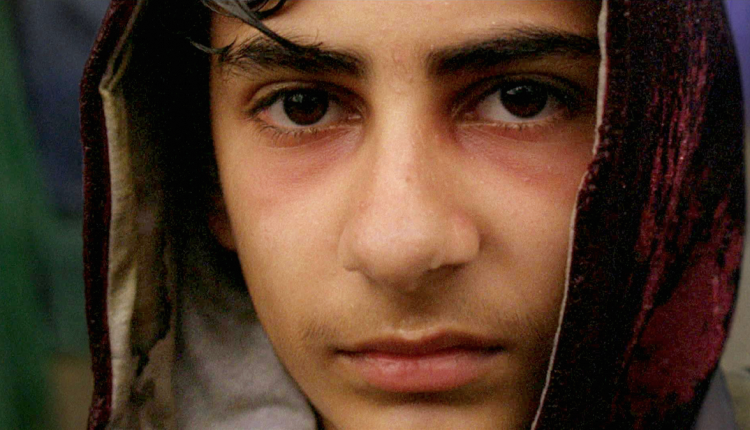 “There is no government here,” states a character at the beginning of Aamir, a film that deals with the struggles of a 13 year old boy, trapped in atrocious conditions, at a refugee camp, somewhere in Calais.

Director Vika Evdokimenko is a film maker with a personal investment in such stories. Having lived her own immigration experience in Northern Ireland, such investment pays off with a project that may be labelled an ‘issue’ film, yet is wise enough not to be didactic. It chooses instead to focus on the feel of the experience, rather than the rhetoric.

Partially shot within the Calais refugee camp, known as the ‘Jungle’, (which is not only vast but unofficial)  Aamir is a young boy who has fled his home, where he witnessed the killing of his father before being separated from his mother. Now alone, he wanders aimlessly for weeks through the slum-like camp; an imposing man made forest, built from anything that wasn’t nailed down.

Rain is as much a theme here, as a fact of life, drenching the camp’s inhabitants, as if divine intervention may just wash away the problems that lie within.

On the contrary, it does nothing but make it dirtier. 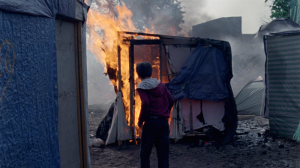 Doors are a theme too.

The story begins through the beam of light from a slightly ajar one, and Aamir’s shed-like structure within the camp, built from plastic bags and cloth, needs one; the young boy unable to feel safe without it. Indeed, most of what scares him is framed within such doors – a beautiful, childhood recalling observation – and Evdokimenko is canny enough to shoot the entire film from the boy’s POV, even choosing to keep the camera at his height throughout the duration of this film’s slender running time.

In fact, time is one of the film’s strengths. Given a larger budget, the story could easily be opened up, to show the refugee issue on a wider spectrum, yet you lose the urgency, the intimacy and the ultimate tragedy of Aamir’s predicament. The story is etched across his face, which the camera keeps close to at all times.

No parents, no door, no hope.

This is not a film that sugar coats. The boy’s friendship with Katlyn, an aid worker (volunteering naturally), in less intelligent hands, could be saccharine and heavy handed. Yes, she is a human embodiment of his guardian angel, but the screenplay, by Evdokimenko and co-writer Oliver Shuster, doesn’t feel the need to thrust that down our throats. Instead, it teases symbolism out of simple edits (an embrace between Aamir and Katlyn, is cut to mirror one from his mother, to devastating effect).

Matching this delicate tightrope are two actors of quiet power.

With a stunning naturalism, Alan Assad, himself a second generation immigrant, is hypnotic as Aamir, etching a portrait of vulnerability and hopelessness that is at times breathtakingly real.

Just as real is Jasmine Blackborow as Katlyn, who, given the majority of the film’s dialogue, projects a warmth and decency, without coming across as the sounding board of the film’s message.

On the contrary, she doesn’t need to be. The message is clear.

The worldwide media have stopped talking about the refuge crisis, like an ostrich with its head in a blender instead of the sand.

They’ve moved onto other topics, as have our governments, and yet this film remains heartbreakingly relevant. This is our planet, in the 21st century. A world beyond hash tags, where a door is a luxury and the adults regress to teenagers, smoking dope in a circle, their only escape from a world that would fence them in and leave them to it.

A story about forgotten people that is, ironically, completely unforgettable.

Aamir is nominated for a BAFTA this year, in the Best Short Film Category and is currently on the festival circuit.

Trailer Park – Birth of the Dragon