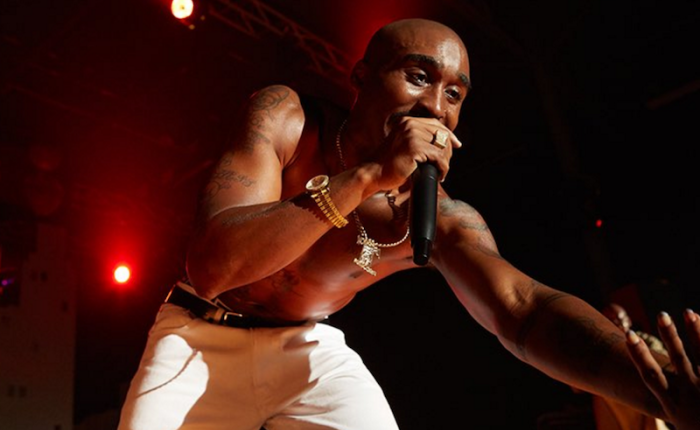 In the early 1990s, an intense rivalry brewed between the East Coast and West Coast hip-hop scenes in the US. The feud involved prominent artists such as Puff Daddy, N.W.A and Snoop Dogg, but events reached a significant high in 1996, when 25-year-old West Coast rapper Tupac Shakur was killed in a drive-by shooting in Las Vegas.

Starring newcomer Demetrius Shipp, Jr. and directed by Next Day Air director Benny Boom, All Eyez on Me charts Tupac’s road to stardom, along with his imprisonment and his prominence in the East Coast hip-hop scene.

In 2011, Morgan Creek announced its intention to develop a biopic about Tupac with Training Day director Antoine Fuqua and Tupac’s mother Afeni Shakur as director and executive producer respectively. However, changing directors and disagreements among production studios had left the production in limbo, until it was brought back into development four years later, with a new director and a leading actor in place.

It has only been two years since N.W.A biopic Straight Outta Compton was released, but All Eyez on Me suffers similar issues in terms of narrative and direction. Boom bounces continuously from the past and present to include all the key scenes in Tupac’s life, so there isn’t a lot of time to process each development before the next scene occurs. There are early glimpses of him being destined for a more righteous form of greatness but Boom quickly plummets the narrative into the temperamental world of hip-hop, without giving the audience a chance to see Tupac gradually evolve from aspiring dramatist to rapper.

In addition, the weak screenplay doesn’t inspire viewers. While the focus is always on Tupac, there is not enough material to form an emotive connection with him as a person and as a result, the relationships he has with supporting characters such as his mother (Danai Gurira) and his friend Jada Pinkett (Kat Graham) feel brushed aside in favour of his music, beautiful women and his position as an West Coast rapper. In a way, his career and position are more significant to him than the people who know him best, and it is hard to endear to such a character who is, in all other aspects, so emotionally closed off.

What saves the film from being a complete miss is Shipp. With only one filmography credit to his name prior to All Eyez on Me, he manages to carry the film through his enthusiasm and diligent performance, not to mention his startling resemblance to the late rapper. Gurira and Graham also put in heartfelt performances as the only two women who connect him on a deeper level.

Overall, All Eyez on Me plays it safe with their tale of Tupac focusing on the man behind the music.  But with the focus on such a prolific figure in hip-hop, he deserved a better biopic.

All Eyez on Me is out in UK cinemas on Friday 30 June.

Remembering Michael Bond – the man who put Paddington on the map