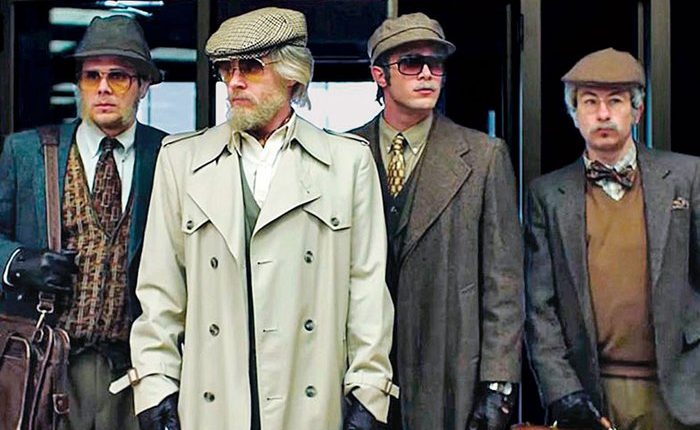 In 2012, British filmmaker Bart Layton made his directorial debut with The Imposter, a British-American documentary about French serial imposter Frédéric Bourdin. The film was later recognised at the 2013 BAFTA Film Awards, with Layton winning Outstanding British Debut for a Writer, Director or Producer. Five years later, his American Animals sees him make his debut as a screenwriter as he takes inspiration from what some have called ‘one of the most audacious art heists in US history’.

Starring Evan Peters, Barry Keoghan and Blake Jenner, American Animals focuses on four students who embark on a heist involving the special collections library at Transylvania University in Kentucky, US.

At first glance, the plot revolves around a group of kids wanting to get rich quick. But as American Animals progresses, we see that the story is more complex than your normal heist premise. Warren (Peters) is looking for an escape from his athletics scholarship and easily manipulates his friend Spencer (Keoghan) into getting involved.

The four main protagonists are not exactly struggling for money, they don’t have intense personal issues, and most importantly, they are just kids; kids whose experience in heists involves what’s available at Blockbuster Video. So, it isn’t exactly the Ocean’s 11 of Kentucky.

However, Layton builds enough complexity into these characters to make them more than four naïve students. He also incorporates the concept of an unreliable narrator so audiences are left guessing as to what really happened, and the documentary aspect reinforces the harsh truths of the situation, as well as allows the real-life counterparts to reflect on their actions.

Combined with Ole Bratt Birkeland’s bleak cinematography, Layton brilliantly develops the necessary tension through the protagonists’ personal conflicts and clashing attitudes, which leaves audiences waiting to see who will be the first to crack under the growing pressure.

While Keoghan is quiet and controlled, Evan Peters delivers a scene-stealing performance as the detached, de facto mastermind Warren. Blake Jenner also provides a great performance as getaway driver Chas Allen. Initially sceptical about the heist itself, his emotionally charged outburst against his co-conspirators is a highlight as it not only emphasises the extent of the crime, but also his pent-up frustration of being involved with a bunch of amateurs.

By the end of American Animals, the audience is reminded of who these criminals really are – men who didn’t really know better. We are left to assume that the heist was for kicks, but thanks to first-person accounts of the real-life robbers, not to mention Layton’s highly tense direction, the ambiguity of the whole piece leaves you wanting to go over it again and again.

American Animals is out in cinemas on 7 September.