David O. Russell is a very good director, and a very good writer. So it’s a shame to watch American Hustle and get the impression that he’s not happy with himself. This is, of course, just awfully presumptuous of me, but I couldn’t help thinking that many scenes in this movie looked as if they were desperate to emulate scenes by Martin Scorsese, Paul Thomas Anderson, Brian De Palma and many others. Okay, it’s not unusual to see that happen in movies. Those directors are certainly good directors to try to emulate, but it rarely feels so obvious, to the point that the whole movie feels like an experiment to see just how close the director can come to those big names. 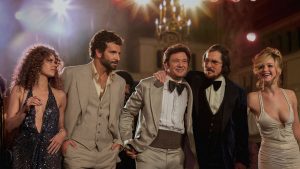 The answer, in this case, is not close. Not close at all.

Largely improvised, despite the writing credits going to Russell and Eric Singer, American Hustle is a film that people will appreciate for the great central performances, but there’s little else going for it. It’s a meandering non-event, neither cinematically satisfying nor simply entertaining enough to justify some of the praise that has been heaped upon it. 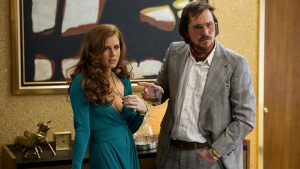 The story concerns Irving Rosenfeld (Christian Bale) and Sydney Prosser (Amy Adams) being caught out during one of their cons, and then subsequently forced to work for FBI agent Richie DiMaso (Bradley Cooper) as he tries to catch some more important figures, such as Mayor Carmine Polito (Jeremy Renner). The heat is turned up when more politicians, and then the mob, get involved, and Rosenfeld also has to contend with his erratic wife, Rosalyn (Jennifer Lawrence). 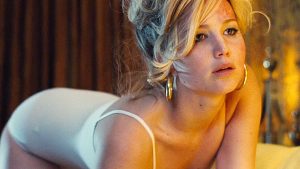 Bale, Adams, Cooper, Renner and Lawrence are all fantastic, and all seem to be having a lot of fun. This is a great showcase for actors, with other great turns coming from Alessandro Nivola, Shea Whigham and Louis C.K. Unfortunately, it FEELS like a great showcase for actors during every scene – be it an argument, or a moment of quiet tension, or even a scene of a character singing along to whatever song is placed on the soundtrack – and that’s all that you can think of while things wind to an ending that isn’t as clever or amusing as it thinks it is. 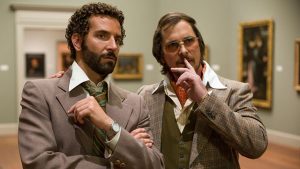 Con movies, much like magic tricks, should work despite audiences knowing what to expect. American Hustle features characters planning a number of cons, so audiences know what to expect, but when things are resolved they are resolved in an unsurprising, and all too easy, punchline that most viewers will find hard to care about. It could be argued that this is not a con movie, it’s more a snapshot of a time and a place that saw some very strange events unfold. Well, whatever you think, it’s a movie about lies and manipulations, and making it too easy to read everyone onscreen was a big mistake. 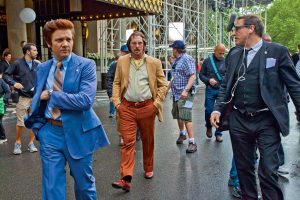 There’s joy to be had in the journey from beginning to end, admittedly, but it’s hard to recommend American Hustle as a movie worth over two hours of your time. Which is a shame, especially considering how well Russell did with Cooper and Lawrence in the wonderful Silver Linings Playbook.

The Machine That Kills Bad People (1952)