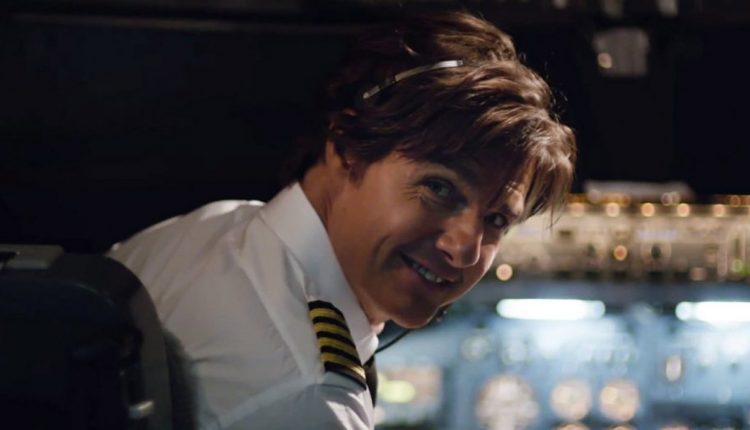 Doug Liman teams up once again with the man who makes no mission impossible, Tom Cruise, to relay the tale of one man’s flight of fruitful fancy in a compellingly fascinating and highly entertaining romp of planes, drug-smuggling, weapon-smuggling and money laundering all with a twist of hilarity.

Based on the true story of Barry Seal, once an everyday TWA pilot, stuck in rut with his daily routine, a man who somehow fell into the lucrative world of smuggling, but come 1984 his high flying bubble burst as he was arrested and had to cut a deal to take down the top dogs putting his own life at risk. Liman has gone so far as to take his inspiration from Scorsese’s Goodfella’s with a narrative that darts between the end of the dumbfoundingly lucky life of Seal and the years leading up to the point we see him, dishevelled, desperate and still rather cocky talking into a camera to record his legacy, his story.

As Barry Seal, Cruise has that enigmatic smile plastered on his face as the story begins, flying his plane from city to city, and craving for something to add a little spice to his life, it isn’t more evident than when he takes his plane full of sleeping passengers for a nose-dive just for a bit of fun. His normal mundane life is accompanied by his gorgeous wife Lucy (Sarah Wright), but something has to give as a CIA agent approaches him in a bar to come into their employment to fly planes over Central America to gather information on communist’s on the ground gathering traction.

As time passes you can’t believe the luck of Seal encounters Colombia’s Medellín Cartel, which includes the drugs king-pin Pablo Escobar, as he is talked into smuggling cocaine into America via a landing strip which has cut down pilots that have come before him. On the other side, we have CIA agent, Schaffer, played by Domhnall Gleeson, constantly changing plans tasking him with delivering guns to Nicaragua’s anti-communist rebels the contra and ferrying the Contra’s back to his airport base for training. Playing piggy in the middle, he is a maul for both sides. Seal is in his element as he thrives on the thrill of filling up his tiny plane with thousands of kilos of the celebrity drug of choice and single-handily dropping them from a tiny hatch from the base of his plane. Time and time again the man manages to slip out of any sticky situation.

Comedy Cruise is on a different playing field, always full of charisma and charm and always frantically on edge, his comedic timing enlightens the tone which at times is filled with intensity, more a Maverick than an Ethan Hunt, and of course Cruise wouldn’t be Cruise if he didn’t partake in his own stunts as he flew the plane himself with a lone cameraman by his side. Without Cruise, this could have been a lesser outing.

Whilst maybe just a tad too long, American Made is a perfect antidote for any come down, the right concoction of comedy with drama and a refreshingly different role for its leading attraction is a grade a mela of entertainment.