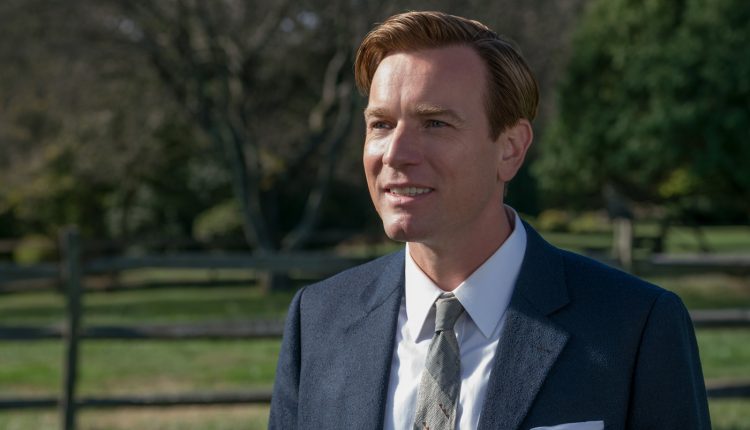 Adapting any novel for the screen is a tough task. Choosing to adapt Philip Roth is an even bigger challenge. The rich inner life of his characters is extremely difficult to replicate visually, most previous attempts falling short. It’s brave then of Ewan McGregor to choose American Pastoral, one of Roth’s very best works, to mark his directorial debut. Alas it’s a gamble that doesn’t pay-off in a film that sucks the energy from this complex autopsy of the perfect American life.

McGregor initially came on-board to act and he retains his role as Seymour “Swede” Levov. An athletic star growing up in Newark, he fights in WWII, comes back to take over the family glove factory and marries a New Jersey beauty queen. They have one daughter and move out to a remote town where his wife Dawn (Jennifer Connelly) keeps cows. It’s the life the American dream promises for those who work hard and pay their dues. It’s also remarkably fragile.

The problems come with Dakota Fanning’s daughter Merry. A tempestuous relationship with her mother blows up amidst the turmoil of the ‘60s as she turns on the Vietnam War and commits a drastic act that can’t be taken back. The rest of the story follows Swede trying to deal with the explosion detonating through his life.

John Romano’s screenplay keeps the framing device from the novel that sees Roth’s regular narrator Nathan Zuckerman (David Strathairn) turn up at a High School reunion. There he meets his old friend Jerry (Rupert Evans), Swede’s younger brother, who relates the sad tale of his once great sibling.

The story itself is handsomely shot, well-acted and thorough in period detail aside from a few poor prosthetics used to age characters. The problems lie underneath. Beneath the surface there’s an empty space where the heart of the story should be. Attempts to distil a narrative unfolding over decades fail to capture anything beyond basics. Important events are given cursory coverage, cutting out before individual scenes can move beyond merely functional.

A wider cast of characters’ filter through this indistinct time without making much of an impact, affairs and betrayals sliding past practically unnoticed. There’s no connection to the historical context either. We see a bit of rioting and Lyndon Johnson appears on the TV occasionally. That’s about it. The decision to sporadically include archive footage doesn’t work, draining immediacy from the frame.

American Pastoral’s worst sin is its inability to capture the essence of the novel. Liberties are taken with the source material, but an adaptation is its own beast. This would be ok if the changes didn’t come at the expense of the central theme. In his book Roth picks apart the veneer of respectable American life, revealing the failures and contradictions beneath every person. Little of that carries over to McGregor’s film. When Roth scratches the surface he finds dark secrets, hidden desires and a catalogue of stupid mistakes. When American Pastoral does the same it comes up empty.