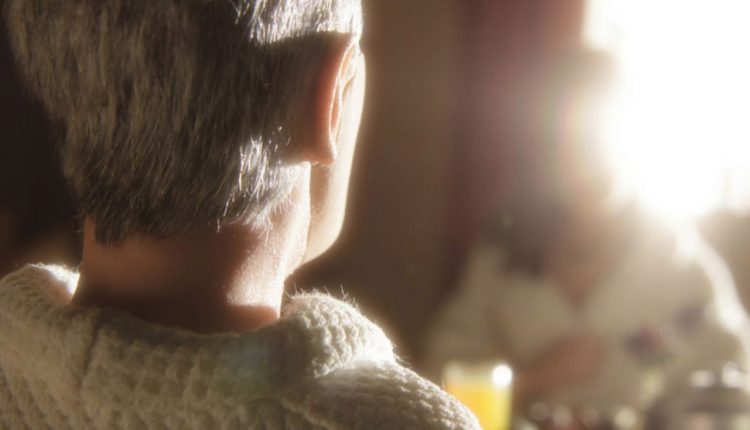 Michael Stone (David Thewlis) is that man, a married father of one who’s forged a successful career as an expert on customer service. He’s on his way to Cincinnati to give the keynote at a conference on the topic. Urbane and insular, he carries the weight of the world in every small gesture, whether it’s the tinge of exasperation he lets escape in front of an irritating cab driver, or the unease he feels when the hotel concierge maintains eye-contact while typing his details into the reception computer.

Stone, in typical Kaufman style, is in the midst of a personal crisis. He’s lost his connection to the world, and has no idea how to rediscover it. Everyone looks alike to him, and sounds the same. Literally so as Tom Noonan voices nearly all the characters. He has some idea of reconnecting with an old flame, an adventure that goes disastrously wrong when she storms out the bar shouting at him, until he meets shy, self-hating Lisa (Jennifer Jason Leigh). She has a scar on her face and a best friend who normally steals all attention. Importantly for Michael, she has a voice, a unique voice.

Make no mistake, Stone is a selfish man. Trapped in a downward spiral, he thinks nothing of those around him. To Stone, they’ve all become the same anyway. Infidelity doesn’t bother him, leaving his wife doesn’t bother him. Even abandoning his child means nothing. He’s so absorbed in his own problems, nothing else matters.

A tight film running to only 90 minutes, it’s also a thing of beauty. The animation is gorgeous, creating a world realistic enough to fit his commonplace life, and magical enough to allow for a portion of a man’s face to drop off without anyone blinking an eyelid. The opening shot, clouds drifting past an airplane window, sets down an early marker. On the ground there’s a wonderful completeness to each scene. His hotel room looks and feels like a hotel room, yet just off-kilter enough to reflect Stone’s state of mind.

Anomalisa isn’t a return to form, since Kaufman never lost it, as weird as Synecdoche got at times. It’s just a return, and a welcome one. Mature and emotionally complex stop motion with a wicked sense of humour is not something you see every day. Perhaps it should be.