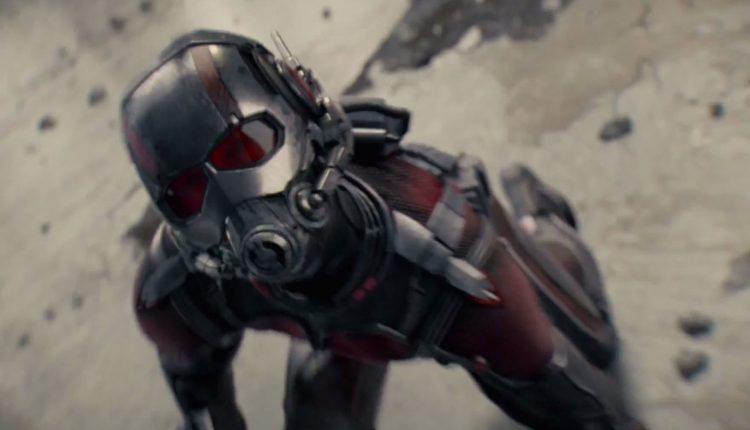 It is ironic that the second phase in Marvel’s Cinematic Universe ends with an origins story.  After seeing a controversial change of director and a staggering nine years in development, Ant-Man finally is making his mark on the big-screen.  But after the departure of fan favourite Edgar Wright, who was also involved in creating its storyline and script, can comedy director Peyton Reed, whose previous films include Yes Man and The Break-Up, deliver the goods?

Newly released cat burglar Scott Lang (Paul Rudd) is pulled into one final heist to gain money to visit his daughter.  However, he breaks into the home of retired inventor Hank Pym (Michael Douglas), who recruits Lang to bring down his former protegé Darren Cross (Corey Stoll) by becoming Ant-Man, a superhero with shrinking powers and the ability to communicate with ants.

For a while, it looked like this project wasn’t going to see the light of day.  Due to the development issues, as well as the questionable change in director, Marvel were risking ending Phase II on a lacklustre film, especially after Avengers: Age of Ultron.  But having another origins story at this stage of the cinematic universe is a double-edged sword; it has the issue of introducing a character that may not be able stand its ground against the more established, high-profile superheroes, as well as the pressures of bringing to life yet another beloved comic-book character.

However, Marvel shouldn’t have worried.  Edgar Wright and Joe Cornish create a story that is remarkably down-to-earth – quite simply, a guy who is trying to do the right thing.  Together with Anchorman director Adam McKay and Paul Rudd, the quartet has written a script that is witty and sharp.  In terms of action, Reed doesn’t disappoint.  The shrinking scenes are fun to watch and a slight altercation with a special cast member keeps the audience on their toes, not to mention teases what to expect in Phase III.  A notable feature of Ant-Man is that it is also the first non-Avengers film that references the team as a presence in the Marvel Universe.

In addition, Ant-Man perfectly ties into the current stage of the cinematic universe, while playing on the strengths of making a great lead character.  Even though he is known for his comedic roles, Paul Rudd delivers as the quick-witted and light-footed Scott Lang and finally has a lead role worth waiting for.  Douglas is the wise veteran who tends to fight with intelligence rather than his fists, while Evangeline Lilly shows promise as a kickass female Marvel character.  Stoll looks a little out of place as the suit-clad villain of the piece whereas Michael Peña walks away with the film’s laugh-out-loud moments.

Ant-Man is out in UK cinemas on Friday 17th July.