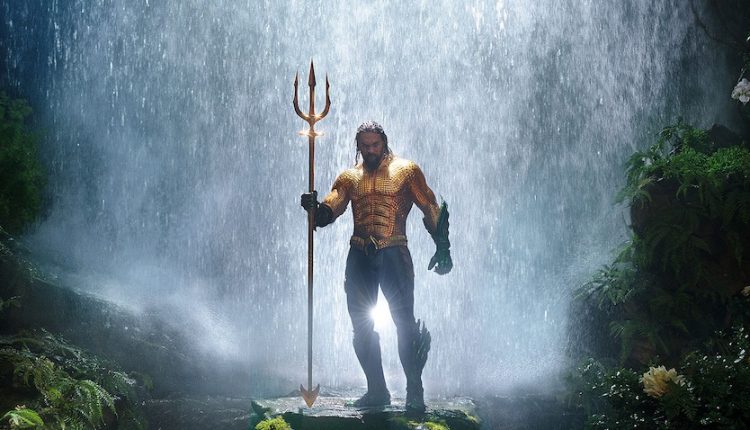 Aquaman was one of the surprises in last year’s lacklustre superhero film Justice League and arguably one of the things that saved the film from being a total disaster. After ten years in development hell, horror director James Wan has collaborated with The Conjuring 2 screenwriter David Leslie Johnson-McGoldrick to finally bring a standalone Aquaman film to the big screen.

Starring Jason Momoa, the film follows half-Atlantean/half-human Arthur Curry reluctantly step up to become the heir to the underwater kingdom of Atlantis and confront his half-brother Orm (Patrick Wilson) who seeks to unite the seven underwater kingdoms against the surface world.

From Superman in 1978 and Batman films in the1980s, DC films have always had a serious side to them and this has continued through the DC Extended Universe. However, it may be seen as a disadvantage in comparison to Marvel’s fun-filled blockbusters. However, Aquaman seems to have thrown out the seriousness and embrace the fantastical elements of the superhero through eye-catching visuals and ambitious special effects.

Marking his first action film since Fast 7, Wan tries to break out of his long-established filmography of horror films but his reliance on jump scares to evoke excitement quickly becomes tiresome. The uneven tone and dull dialogue also cause unnecessary confusion, so the film has to rely on its visuals to keep the audience entertained.

Although Aquaman focuses on Arthur’s journey to becoming the King of Atlantis, this narrative has already been explored in Marvel’s Black Panther so it lacks originality and his heritage isn’t explored in enough depth to fully recreate a renowned comic book character on-screen. This lack of development extends to the subplots involving characters such as Black Manta (Yahya Abdul-Mateen II) and Atlanna (Nicole Kidman), not to mention to the film’s pro-environment message – which becomes a missed opportunity to expand the film’s cinematic themes.

However, what Aquaman delivers is (almost) two-and-a-half hours of nonsensical entertainment. Its bright neon visuals and sci-fi, fantasy-action fight scenes not only bring a nostalgic tone for older audiences who loved films such as Tron and Flash Gordon but also amps up the film’s fun factor. A far cry from the blond, clean-cut Aquaman from the comics, the dishevelled Momoa is fun to watch as the eponymous character.  In contrast, Patrick Wilson delivers an almost Shakespearean performance as Arthur’s half-brother Orum, an archetypical villain who is dominated by his misguided view of the surface world. In her biggest role to date, Amber Heard tries to act hard and strong-willed as Mera (not to mention, her water-manipulation skills provide one of the best scenes in the film) but her performance feels overshadowed by the overly bold appearance.

While Aquaman is not the best superhero film of 2018, it is easily the more entertaining instalment in the DC Extended Universe. It offers everything that is to be expected from an underwater adventure – plenty of battles involving sea creatures, non-stop chases and explosions to sit through.  It looks like after five years, DC has finally lightened up.

Aquaman is out in UK cinemas on 12 December.