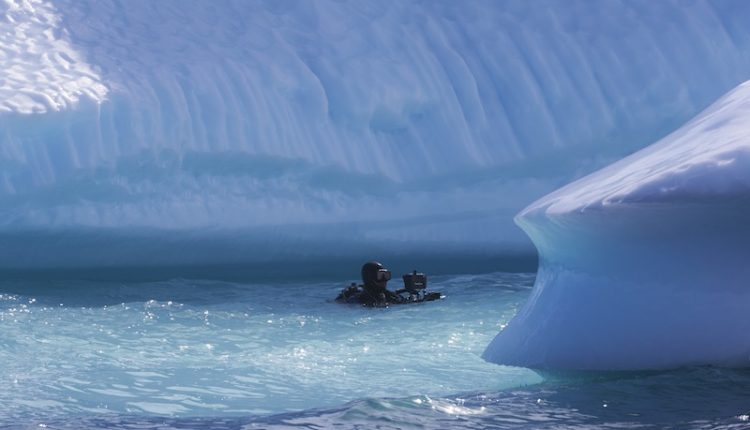 Shot at 96 frames per second, Aquarela is the latest documentary by Russian filmmaker Victor Kossakovsky that explores the power of water with footage ranging from melting glaciers to hurricanes.

First of all, Aquarela is very basic. Its stripped-bare approach excludes most of the elements that help make an actual film, let alone a fully rounded documentary. In addition, most of the water-based footage has little to no dialogue nor narration to complement it – the only medium that accompanies the film is inappropriate interludes of heavy rock. With such little deviation, Aquarela‘s highly detailed shots become very monotonous very quickly – and the runtime is 96 minutes.

Aquarela promisingly starts with a rescue crew that retrieves cars that have sunk through thin ice. While brief snippets show their tenacity and the odd light relief, their ‘mission’ teases some form of excitement – leading to an impromptu rescue of a trapped passenger. Using anything at their disposal, the crew persistently tries to crack through the ice, which effectively develops the tension. Unfortunately, this fleeting moment ultimately delivers a lingering anti-climax and an abrupt end on the film’s key moment.

In fact, Aquarela‘s lack of clarity and interaction with the camera from the subjects restricts any resonance with the audience, so we are left wondering about its message. Whether it is to raise awareness of the environment or highlight nature, there’s nothing to suggest what the film wishes to achieve through its footage, making it a practically pointless feature.

Ultimately, Aquarela is a dull, one-tone documentary that offers a pretentious filmmaking approach. What saves this from being a total washout is its cinematography.

Aquarela will be on limited release on 13 December 2019.