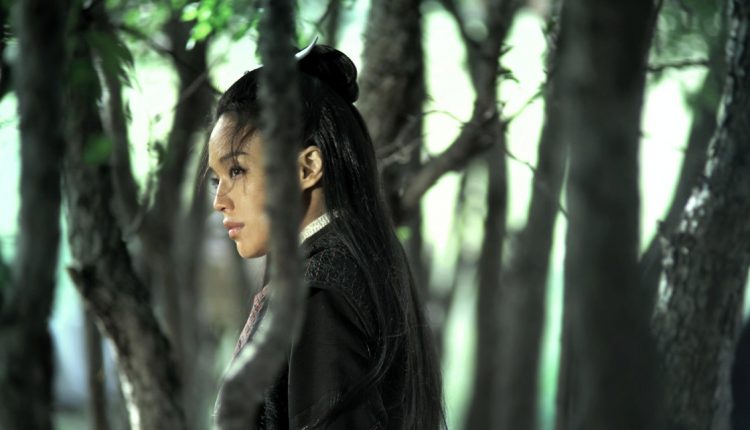 A prolific director with a 30-year career, Taiwanese filmmaker Hou Hsiao-hsien has interestingly never made a martial arts film.  A key figure in Taiwan’s New Wave cinema movement, his films tend to focus on the ordinary people of the country.  But his latest feature, already gaining critical acclaim at Cannes and the Golden Horse film festival, sees him make his mark in the popular wuxia genre.

The Assassin is set in China during the Tang Dynasty, where female assassin Nie Yinniang (The Transporter actress Shu Qi) has been hired by corrupt government officials to murder military governor Tian Ji’an (Crouching Tiger, Hidden Dragon actor Chang Chen), who is also her former fiancé.

The film has a simple concept of deciding between love and duty, but the plot of whether Yinniang should kill her former fiance and continue being an assassin feels underdeveloped.  The lack of dialogue and the distant camera shots of the characters prevent the audience from forming any kind of emotional connection with them, making it hard to resonate with the respective struggles.

Additionally, the numerous takes of isolated landscapes needlessly space out the scenes and the story ultimately struggles because of them.  It becomes difficult to follow each plot development as the film progresses, with subplots almost fading in significance; a key example involving a love triangle between Ti’an, his wife and his favourite concubine, which culminates in an abrupt yet mildly exciting moment.

However, the cinematography by Ping Bin Lee is mesmerising.  Captured over its five-year production period, the various landscapes of China and Mongolia reflect the film’s underlying theme of solitude, as well as the countries’ natural beauty.  Both Chen and Qi are elegant and graceful, especially during the balletic fight scenes, and the production design is artistic and vibrant.

At the end of the day, The Assassin represents a work of art rather than a martial arts film, which predominately relies on its beauty to dazzle its audience.

The Assassin is out in UK cinemas on 22nd January.