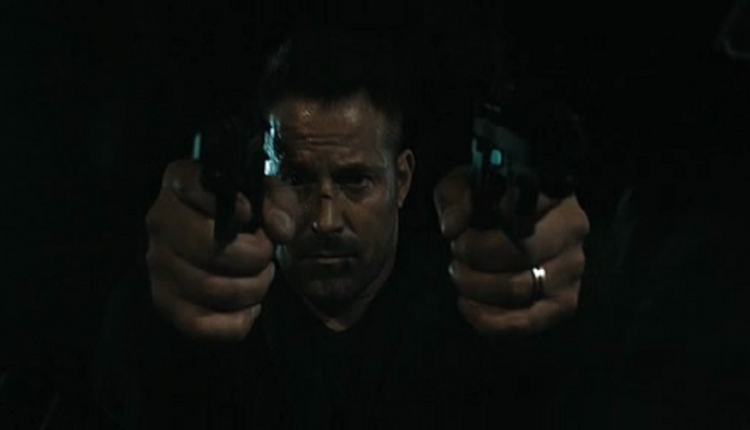 Johnny Messner stars as John Niles, an ex-Special Forces kinda guy who is now trying to lead a normal life with his wife (Estella Warren) and son (whoever they got from Rent-A-Kid). But his plans are rudely interrupted by people who kidnap his loved ones and try to blackmail him into assassinating the President Of The United States Of America. The one major flaw in this plan is that Niles doesn’t want to assassinate the POTUS. He just wants his loved ones back. Which means he’ll do everything it takes, and take out anyone in his way.

Directed by Timothy Woodward Jr, and written by Sean Ryan (and they seem to have formed quite the support group, having made a number of movies together starring both Messner and Michael Pare, who plays a cop in this), Assassination is the kind of movie designed with one audience in mind; the beer-swilling male with a night off to kill. If the cover design doesn’t tip you off to this, or the prominent billing of Vinnie Jones (despite the fact that he has relatively little screentime), then it only takes a few minutes of the movie actually playing out to ensure that you know exactly what you’re getting. It’s a film that would be described as post-pub entertainment, were it not for the fact that anyone watching this after coming back from the pub would probably just end up falling asleep. The action is there, theoretically, but the execution of the material is so clumsy that none of the violence has any impact, no real oomph (to use the technical term), while all tension disappears as soon as you easily figure out the pecking order of potential deaths.

I didn’t expect any great acting from Johnny Messner, or even Vinnie Jones, but when you put together a cast that also includes James Remar and Pare then that just allows for a small gleam of optimism. Don’t be fooled. Both men are wasted, with Remar given the worst deal of all (he’s a baddie, which isn’t a spoiler, but he’s a baddie not even allowed to give a peformance utilising his full range of . . . . . . Remar-ness). Burgi may also be mistreated, but he’s at least getting to play the President, while Estella Warren gets stuck doing nothing more than either look worried or look on lovingly at her action hero hubby.

To be charitable, there”s something almost old-fashionedly charming about this type of action movie. If this was made 30 years ago then you just know that it would have starred the likes of Michael Dudikoff, Lewis Collins, and maybe even Charles Bronson (in a super cameo). Hell, pick any of The Wild Geese and you could have made this film back then. But making a film that reminds viewers of those kinds of movies isn’t the same as actually making those kinds of movies. This falls short of the mark, and by quite a distance. But at least the runtime is mercifully short.