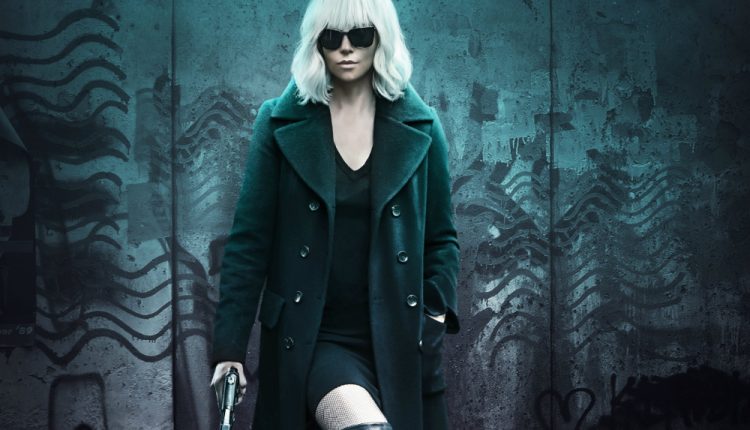 When Mad Max: Fury Road was released in 2015, everyone was raving about its hero. For most people, it wasn’t the gruff eponymous drifter that drove the film, but the strong-willed soldier, driver and overall badass Imperator Furiosa.

Played by Charlize Theron, this performance adds to her filmography of strong female characters such as Queen Ravenna in Snow White and the Huntsman and its sequel The Huntsman: Winter’s War, as well as villainous Cypher in The Fate of the Furious. Her latest role adds to this growing list of characters, under the creative eye of John Wick co-director David Leitch in his first solo directorial credit.

Atomic Blonde is based on Antony Johnston’s 2012 graphic novel The Coldest City. Set in 1989, just before the fall of the Berlin Wall, British spy Lorraine Broughton (Theron) has been tasked to find a list of double agents who are being smuggled into the West, before it falls into the hands of the KGB.

The story presents itself as a classic spy film – complete the mission and save the day. However, this is about a woman in the middle of Berlin in the 1980s, where conflict was rife and she stands out like a sore thumb, indicating that this mission was never going to be easy. As the story develops, it brings about a melee of twists that make the film hard to follow.  Coupled with the slightly overlong running time and Kurt Johnstad’s minimal screenplay, the plot lapses from time to time and never truly recovers momentum.

In addition, there are preconceived comparisons between Broughton and John Wick. Both skilled and emotionally closed off, they represent the classic trained killer. However, the former’s connection to MI6 makes her into a more modern character that combines the coolness of James Bond with the physicality of Jason Bourne.

The majority of female characters in traditional spy films tend to be reduced to love interests or occasionally and ultimately forgettable supporting roles. As a result, they don’t have many opportunities to shine in the same way as the main male protagonist. However, films such as Black Book, Salt and Nikita have shown that women are just as capable of being a secret agent and Theron’s Broughton is no exception.  Compared to James McAvoy’s shameless and erratic MI6 station chief Percivale, her icy exterior and steady demeanour provides a strong foundation throughout the film.

The stunt work in Atomic Blonde is incredibly impressive, with Theron partaking against multiple male opponents. She certainly holds her own in the fight scenes, especially in the film’s standout sequence that is both simultaneously breathtaking and entertaining. During this one long scene, she is thrown and beaten by a number of men, no holds barred, yet she still carries on fighting, using anything at her disposal and proving that she is a force to be reckoned with.

While it may not be as slick as John Wick, Leitch shows that he has the imagination and ambition to pull off a highly stylised spy film. Combined with an eclectic 1980s soundtrack, Atomic Blonde is grittier, more violent and full of confidence, and with Theron steering the wheel, it’s hard not to enjoy the journey.

Overall, Atomic Blonde is effortlessly cool and entertaining to watch, with Theron fighting her way to her most enthralling performance to date.