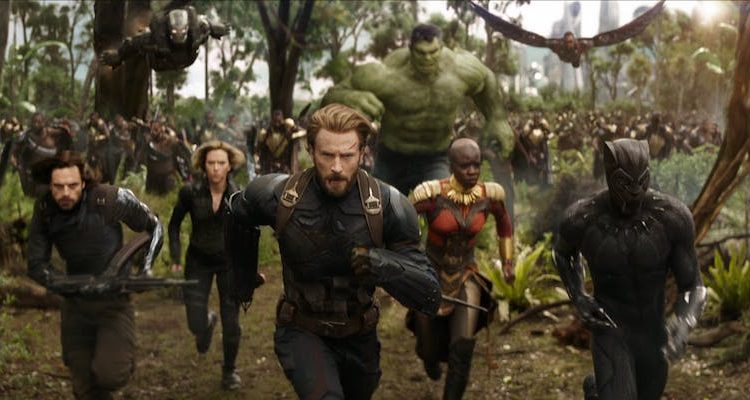 When Jon Favreau and Robert Downey Jr. took a gamble on Marvel superhero Iron Man in 2008, little did they know that they were going to kickstart a franchise that has not only lasted ten years (and counting) but also grossed more than $14 billion in the global box office. Now, after the phenomenal success of Black Panther, more than 15 characters of the Marvel Cinematic Universe are coming together in one of the most expensive films ever made – Avengers: Infinity War.

Avengers: Infinity War is a culmination of ten years of story development – and with it, ten years of anticipation. With the Russo brothers once again in the directorial chair, it’s now or never.

First teased way back in 2012’s Marvel Avengers Assemble, Thanos finally steps into the limelight as he embarks on his mission to obtain the Infinity Stones. All compassion and emotion are suspended in pursuit of this singular goal. While glimmers of morality appear sporadically, he is driven with a ruthlessness that puts any superhero villain to shame to achieve one outcome – victory.

And it doesn’t get any bigger than this.

The tone of the film is set immediately and it never lets up, delivering the same impact and simmering tension throughout the film. The narrative keeps the audience on their toes and while certain plot developments are inevitable, it is hard to feel melancholic. Frustratingly, the most interesting and thought-provoking developments are impossible to discuss without spoilers but rest-assured, once Avengers: Infinity War hits general release, it will likely split fans,

Having honed their craft working on the Captain America trilogy, Christopher Markus and Stephen McFeely’s screenplay balances the emotionally harsh and the wit while allowing the action to dazzle the audience. The onslaught of special effects feels excessive at times but considering the scale of Avengers: Infinity War, the high-octane action sequences are justified.

As exceptionally large as the cast may be, everyone delivers strong performance with each having sufficient screen time to make an impact. Each group of heroes maintain the camaraderie forged in their respective cinematic outings. Having such disparate groups with their own, distinct personalities might be a recipe for disaster. Thankfully, Markus and McFeely have weaved each hero into a new, cohesive whole that serves as a perfect counterbalance Brolin’s gravelly-voiced and wonderfully wicked Thanos.

With a film of this magnitude, it sometimes feels hard to keep up and process developments, especially when everything hangs in the balance. However, with the Russo brothers at the helm, the big names who have made the Marvel Cinematic Universe the juggernaut it’s become in the past decade, have once more delivered the thrills, comedy and drama of a massive superhero film.

And it doesn’t get any bigger than this.

Avengers: Infinity War is out in UK cinemas on 26 April.