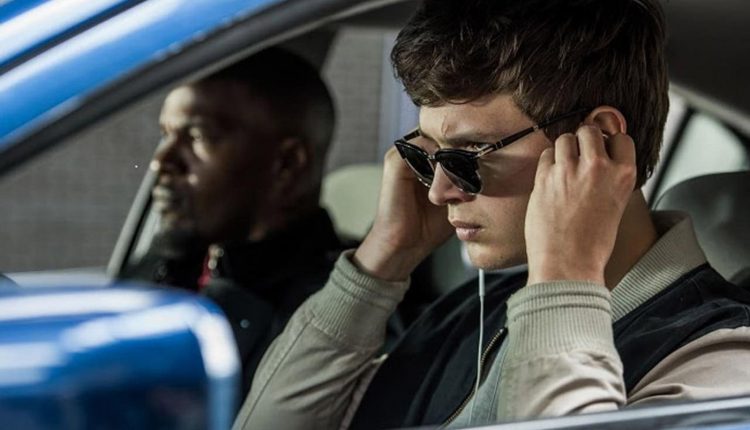 Edgar Wright’s graceful turn into a Hollywood stylised heist come car chase musical, is pure style over substance, a carefree dalliance that’s too cool for school which, to its detriment, forgets to add the heart to the pounding beat and character likability.

When Wright parted company with Marvel over Ant-Man, his next project, which he hoped the paycheck from the teenie tiny hero would help finance, was Baby Driver. A passion project from paper to screen with precision perfect sequences set to the thumping beat of the coolest soundtrack, whilst nailing the high-speed skilled driving from the getaway driving and tracks to accompany the crime spree with every beat he forgets to actually create a story and characters that actually connects to its audience.

Baby played by Ansel Elgort, is the youngest of the group, a getaway driver whose life plays out to the soundtrack constantly tinkling in his ears. He goes everywhere with his sunglasses and headphones, why? Due to a car accident as a child in which he lost both parents, he now suffers from the “hum in the drum” tinnitus and the only way to drown it out is to constantly play music. Obliged to heist kingpin Doc (Kevin Spacey) after making a serious error, each payment from the heists is a payment until the debt is fully repaid and he gets his freedom back with one last heist.

From his dancing entrance to his awkward love story, Ansel Elgort while a good actor, has been completely miscast in this role – the role, a Ryan Gosling in Drive type cool, is completely beyond this fledgeling actor. Sandwiched in between the thrills is a ball of dull monotony where not much really happens, Baby meets waitress Debora played by Lily James and they fall madly in love with each other which would be OK except for there is absolutely no chemistry between either actor but she just gets him.

With no two heists having the exact same crew except for the Bonnie and Clyde type duo Buddy (Jon Hamm) with his James Dean rugged good looks and his misses super sexy Darling (Eiza González), throw in the token asshole Bats (Jamie Foxx) with his trust issues and pisses off everyone, but things don’t quite go to plan when Baby grows a conscience making this all rather predictable.

Whilst there is nothing wrong with Edgar Wrights vision, the car chases are thrilling and the soundtrack is heart pumping perfect, even the premise kind of works, but if the same amount of passion that was put into the aesthetics of the film was actually put into building a substantial narrative and a group of characters you actually gave two figs about Edgar Wright could have been getting away with the perfect heist.